VAHS Seminar, 10 October 2011
Two Tier Philanthropy: The Philanthropists who Funded the Bishop
of London’s Fund and the Work that Fund Financed, 1863-1914

Money is the life blood of any organisation. Despite this, there is a certain reluctance by some historians to engage with the minutiae of financial detail found in balance sheets, general ledgers and cash books. Research on philanthropy has, historically, tended to concentrate on the “good works” undertaken by the organisation rather than exploring how these “good works” were funded. There is, however, a wealth of unutilised material that can greatly illuminate the health and wealth of the voluntary organisation. The value of business archives to researchers in philanthropy was highlighted by Tosh Warwick in his contribution to this blog last month.

In addition to which there are useful financial ledgers and annual reports, while the account ledgers held in bank archives also provide a very valuable sources of information: the Bank of England and Hoare Bank have particularly good archives of bank account ledgers relating to both individuals and associations. The Bishop of London’s Fund (established in 1863), for example, held bank accounts with six different banks in London; this was to make it easier for members of the public to make payments to them. 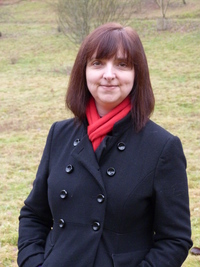 My upcoming VAHS seminar ‘Two Tier Philanthropy’ engages with the finances of voluntary organisations by considering philanthropy to be a two stage process: from the public to the organisation and then from the organisation back to the public. Financial records can be particularly valuable in illuminating the first stage of this process in a number of ways.

Firstly, the records can be examined to uncover the different funding streams for an organisation and also to analyse how these funding streams changed over time. Secondly, they also give an insight into any liquidity difficulties and, consequently, the organisation’s (good or bad) relationship with their bank manager. Thirdly, they can identify the businesses and people that made donations to the organisation. This, when analysed, uncovers which sector of society gave the most support to a particular organisation. For example, the majority of donors to the Bishop of London’s Fund were men (an average of 63% of the funders were men); who donated on about 60% of the money.

By utilizing the subscription list for demographic data, it is also possible to identify individual donors. It is remarkable that books on philanthropy have very little discussion of the actual funders of the organisations. David Owen, for example, in his great tome on English Philanthropy: 1660 – 1960 (1965, p. 479), says that “the generality of contributors to late Victorian charity must remain an anonymous mass, for there is little evidence as to their identity, their numbers, and their motives”. Yet annual reports (and in rare cases the actual financial ledgers of the organisation) provide this very information; containing as they do, pages and pages of the names of donors, subscribers and legators who have given money to the organisation that year.

Wealthier philanthropists, such as the merchant banker Charles Morrison (1817-1909), are easily identified. Morrison gave the Bishop of London’s Fund £46,700 between 1863 and 1909, and then an additional £10,024 as a bequest in his Will. It is, however, also possible to identify some of the small one off donations, even anonymous ones. For example, a donation of £5 was made in 1873 to the Bishop of London’s Fund under the description of “In Memoriam (GH Brettle)”. This can be identified as relating to George Henry Brettle (1820-1872), a merchant of the family hosiery company, George Brettle and Company. And in most cases, the legators who leave bequests to organisations can be easily identified from probate calendars.

In summary, financial records can give a more nuanced picture of an organisation’s finances than that given in a public report in a periodical or newspaper. An organisation that looks well supported with steady returns of annual income, may in fact be selling off its reserves and relying on “a reliable friend” (most likely a committee member) to come to the rescue at the end of the financial year with a timely anonymous donation. Financial records, therefore, have much to offer the researcher in providing a detailed and layered picture of the health and wealth of the voluntary organisation.