Feature: The Historical Geographies of Scouting

At the VAHS Seminar of 2 December 2013 Sarah Mills, Lecturer in Human Geography at Loughborough University, gave the paper ‘”Citizen Scout”: The Historical Geographies of scouting in Britain’.  In the following interview, she expands upon the intersections of geography, citizenship, and identity in the Scouting Movement.

Could you briefly summarise the research presented in the seminar?

In the VAHS seminar, I presented the overall argument and focus of my PhD research.  Whilst I completed this a few years ago, the ideas continue to shape my current research on the geographies of youth citizenship and youth organisations in twentieth-
century Britain.  The seminar explored the citizenship training project of the Scout Movement during the early-mid twentieth century.  I focused on the ways in which ‘good’ and ‘bad’ citizenship have been framed in this voluntary space, for example through mechanisms such as the Scout Law and Promise.  I also illustrated some of the tensions around youth citizenship in scouting through the example of Communist or ‘Red’ Scouts and how the ideals of scouting have been ‘stretched’ over time through young people’s practices and identities.  In doing so, the seminar blended two of my recent publications on citizenship and scouting and communism and scouting1.

It was interesting (and not uncommon!) that in the questions after the seminar I was asked why I had not included a map!  The geography of voluntary action in terms of localities, regions and nations is very important, and I tried to stress this point in relation to the local responses to ‘Red Scouts’ that varied across several UK cities.  However, my research focuses more on the wider geographies of youth organisations― the interconnections between the social and the spatial, between people and places, and how various axes of identity are played out and experienced in different spaces.  So instead of presenting a seminar where I focused on the particular geography of say, Scouting in Yorkshire, as a cultural-historical geographer I have looked more broadly at the everyday
geographies of this organisation across the UK to ask what spaces matter at the local scale (e.g. the campsite, the Scout Hut) and how events and policies at the national and global scale have shaped the everyday practices of scouting.  Indeed, how did volunteers and young people actively shape the institutional geographies of the Scout organisation?  Finally, ideas around belonging and identity are incredibly important in my reading of the Scout Association archive, and speak to wider debates in human geography on citizenship and voluntarism. 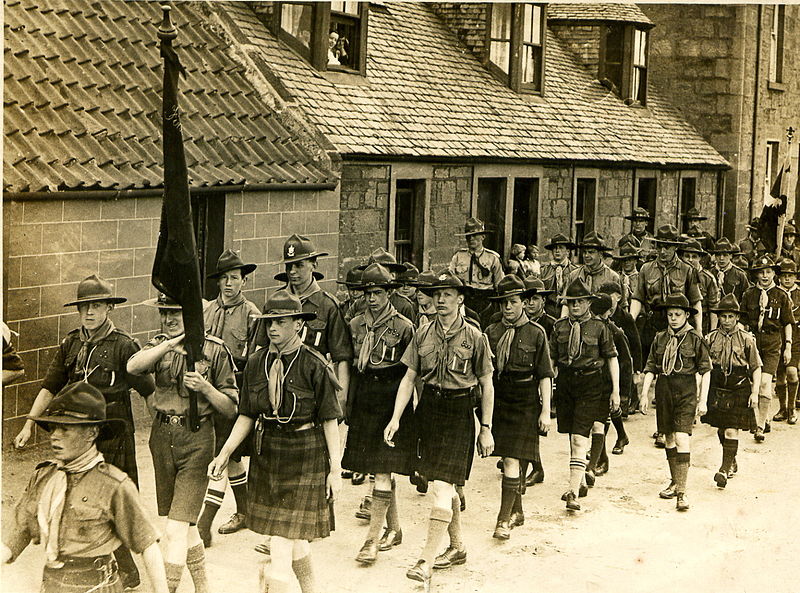 What can the Scouts tell us about the role of belonging and identity within voluntarism?

The Scout Movement is a fascinating case-study for historians (and geographers, sociologists, as well as those working in education studies and the social sciences more broadly). Indeed, most of the original research on Scouting and Guiding has been published by historians including Tammy Proctor, Allen Warren, Jay Mechling, Kristine Alexander and others2.  Most of the existing research on scouting and guiding has tended to focus on the origins and early formations of these organisations, and so there is a lot of scope to consider ideas of belonging, identity, citizenship and voluntarism through scouting across other time-periods and in varied global contexts.  Whilst a range of youth movements emerged in Britain in the late nineteenth and early twentieth century, the Scouts is an incredibly rich and diverse case-study both due to its global expansion and coverage, membership demographics, and shifting policies and practices.

What has the relationship been like between the Scouts and the Guides?

This is a really interesting area and a source of discussion and debate in a contemporary context too.  As I mentioned, historians have been active in researching both organisations in specific contexts, for example Tammy Proctor’s 2009 monograph3.  The two  organisations share a similar heritage and familial roots via the Baden-Powell family, but the role of young people was also influential in their formation and practices, as I’ve explored in a paper on gender and the Scout Movement4.  The relationship between the two ostensibly separate but linked organisations is complex and has shifted over time. Perhaps the most noticeable juncture was the move to co-education in scouting in the late 1970s and then again in the 1990s, whilst Guiding has remained a single-sex organisation Indeed, GirlGuiding UK is increasingly framing itself within a model of empowerment for young girls and women, promoting a number of feminist campaigns (as discussed by a recent article in The Guardian). 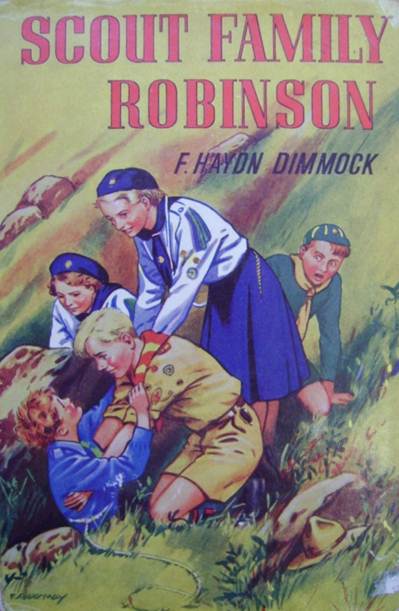 The Scouts now describes itself as an ‘inclusive organisation‘. Is there any historical foundation to this claim?

Robert Baden-Powell once described the Scout Movement as ‘elastic’.  Whilst it is stereotyped as white, male, middle-class and Christian― there are a number of hidden histories that complicate this stereotype and could frame the organisation as ‘inclusive’ across its centennial history.  There is no doubt that the organisation was part of a series of wider social and political ideologies in the early twentieth century around imperialism, masculinity and duty, which I explored in the seminar and have been critically examined by historians.  However, it is too simplistic to describe the movement over the last century as, for example, ‘Christian’.  There were a number of non-Christian faith-based communities that established Scout Groups in the early twentieth century and numerous
accounts of diverse expressions of faith-based identities during scouting events across the decades5.

What light does your research shed on current discussion concerning the participation of atheists and non-Christians in the organisation?

The recent announcement about an alternative Scout Promise for atheists illustrates some the way scouting has been ‘stretched’ over time.  In terms of my research, and looking at issues surrounding various social groups over time, I would stress that these debates are not new: a minority of parents wrote to the Scout Association in the formative years about potential ‘alternatives’ to the Scout Promise― not just in terms of religious affiliation, but around ‘Duty to’ the Queen and the nation.  Ultimately, these types of contemporary debates (about atheism in this case) highlight the challenges for a number of voluntary spaces in defining their core values and identity whilst at the same time striving to remain inclusive and relevant.  I feel these questions will continue to define the Scouts and indeed a range of other uniformed youth organisations in the near future, but more broadly, these examples and tensions can speak to academic debates about identity, youth and notions of belonging.