Gendering the History of Voluntary Action

Gender is central to an understanding of voluntary action history, as it confronts us the moment we ask the question of who does what to whom.  In one respect, gender will be well-known territory to readers of this blog.  A now canonical body of work on the history of charity and campaigning in modern Britain points to the creation of the public sphere in the eighteenth century, and the exclusion of women from certain kinds of participation in the public realm.  Philanthropy was a vital tool in the gradual emancipation of British women from the mid to later nineteenth century, as it provided a legitimate space for activity beyond the home, if the action undertaken tended to be within areas seen as ‘feminine’ – the care of the sick and children, for example.  This may be a well-established field, but historians have far from exhausted the field.  I was therefore delighted to be invited by Eve Colpus and Tosh Warwick to speak at the VAHS New Researchers workshop on the Gendering the History of Voluntary Action at the University of Huddersfield, as this promised to reveal some of the new directions taken in this area by postgraduate and postdoctoral researchers. 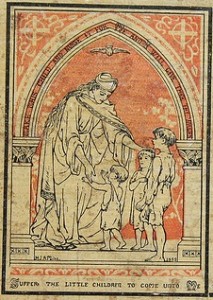 The first panel of the day was given over to charitable institutions and gender.  Stephanie Codd opened this panel with her study of friendly societies in Scunthorpe between 1890 and 1910, presenting the ways in which the men involved in these societies used them as a means of celebrating their working class identities.  Anne Hughes offered two case studies of Jewish youth clubs in London between 1886 and 1914, one for boys and one for girls.  Identity figured strongly here, in the tensions between religion, culture and a drive towards assimilation. The theme of parenthood was introduced by the next paper, given by Claudia Soares.  Soares used the case of the Waifs and Strays Society to illustrate the ways in which institutions could create ‘families’ and how the managers of children’s homes could become institutional ‘parents’. 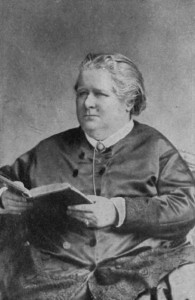 After lunch, Marian Flint explored middle-class recipients of welfare, those whose circumstances had dramatically changed, forcing them to approach charities for support.  Something which emerged strongly from this paper was the element of performativity in the relationship between donor and recipient.  Sarah Young’s paper on discourse in the writings of Josephine Butler, Frances Cobbe and Ellice Hopkins drew attention to the ways in which philanthropy is articulated.  Mark Crosher followed this paper with an examination of oral history interviews with people connected with the Wood Street Mission as volunteers/staff and recipients, again evoking the question of performativity.  The final speaker in the panel, Angela Grainger, considered activism by the medical profession as a form of voluntary action/stimulation of voluntary action by women’s groups, through the efforts of medics to make women aware of the threat of cervical cancer. 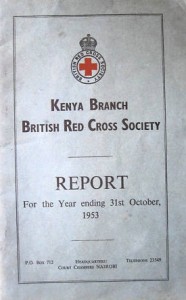 The third panel took these considerations beyond the British Isles.  Deanne van Tol spoke about the ways in which white housewives in the British colonies in East Africa between the 1920s and 1960s were involved in volunteering.  Andrea Pass resumed the theme of institutional families through her discussion of how the Church was the family business for many middle-class women, whose contribution was going out into the Empire to serve as missionaries.  Marie-Luise Ermisch looked at how the British Red Cross operated in and engaged with British colonies, before and after decolonization, and particularly how they engaged children with their work.  Finally, Rose Holmes explored personal letters between Quaker women involved in helping refugees from fascism in the 1930s.

The roundtable at the end – led by Dr Dan Weinbren, Dr Julie-Marie Strange and myself – drew out the themes of the day, and addressed questions that participants in the day had put forward.  One observation was that men and masculinity are perhaps still under-researched.  Eve Colpus raised the question of whether emotion had a role to play in the analysis of gender, which it certainly does, along with the idea of embodiment, a sense of the physicality of social experiences.  Space and place might also be explored in this regard, in terms of the way in which locality and movement are things that are identified with (or not), that also shape one’s engagement with the community around them.  Another important question to emerge from the participants was the need to think critically about such terms as ‘charity’, ‘philanthropy’, and ‘voluntary action’, and to test the meanings and assumptions.  George Campbell Gosling recounted a conversation he had with the founders of VAHS about the name of the society, and the way in which ‘voluntary action’ was chosen to reflect a broad field of endeavour, as outlined in William Beveridge’s book, Voluntary Action, published in 1948.  We should think critically, but also fluidly, about what voluntary action is, what is has been, and where it might be found.

Formally and informally, the workshop illuminated some important lines of enquiry that both new and more established researchers need to consider. I am looking forward to updating my bibliography on gender and voluntary action when journal articles, books and the like start coming though from the workshop’s participants!  I headed back to Huddersfield railway station full of inspiration about the field in general, and my own work in particular.  This is what an excellent workshop or conference should do: set you off raring to go.

My final word is on the importance of new researchers taking responsibility for their own intellectual development.  VAHS has been outstanding as a learned society in the way in which it has provided a means for new researchers to become active, but new researchers need to be proactive about opportunities.  If there is something that you think there needs to be a workshop on, then it is up to you to make it happen.  You don’t need to be a senior academic to run a workshop or to set up peer-based training in a new area.  If you have a good idea, take ownership of that idea and make it come alive. It is not only empowering to do something like that, but you learn a tremendous amount along the way, be that in terms of expanding your subject knowledge or honing your skills.  You also meet people you might not otherwise have met.  I am pleased that I am in the position at the moment, as grants officer of the Social Policy Association, to be able to help new researchers get their ideas off the ground – and whilst this is a social policy group, historians of social policy should consider applying to our grant schemes.  So a word of thanks must go to Eve and Tosh on this occasion for taking this workshop forward, not forgetting everyone else who has been involved with the new researchers workshops, and the institutions/groups who have funded and supported them.

2 Responses to Gendering the History of Voluntary Action