Prison and probation: Should charity have a role in criminal justice?

The Coalition Government’s announcement of plans to contract out probation services to the private and voluntary sectors last week represents another shift in the ‘moving frontier’ between state and voluntary action.  It is likely to fuel debates about the implications of policies that shift responsibility for mainstream public service delivery onto non-statutory providers.

Probation – like many other public services – has its origins in charity.  In 1876 a printer, Frederic Rainer, donated five shillings to the Church of England Temperance Society to support work to break the cycle of re-offending.  His gift paid for the appointment of a missionary at Southwark Crown Court.  This led to the formation of the London Police Courts Mission that sought to ‘befriend’ and offer practical assistance to those coming before the magistrates.  Statutory probation services were established in 1907 (and came under the control of the Home Office in 1938).  Charities continued to play a supplementary role alongside statutory probation services (Toynbee Hall and the Children’s Society being just two examples), prompting familiar debates about the relationship between and the respective roles of state and charity.

Social policies introduced in the past decade have significantly increased the number of voluntary organisations providing services connected to the criminal justice system.  It is estimated that some 20,000 voluntary organisations in England and Wales are currently engaged in work with offenders – much of it aimed at reducing re-offending by providing help with accommodation, education and training and health.

The involvement of the voluntary sector in the running of prisons and probation services is controversial however.  In 2008, a consortia of voluntary organisations and a private sector company submitted a bid to build and run a prison.  The involvement of Nacro – a voluntary organisation with a reputation as an advocate for penal reform – raised challenging questions about its ability to function as both prison provider and advocate to offenders. 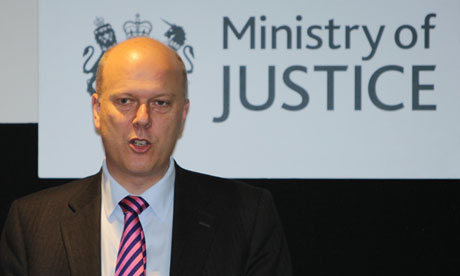 As Lord Chancellor and Secretary of State for Justice, Chris Grayling is responsible for probation policy

The government’s proposals to outsource probation raise similar critical questions about the role of voluntary organisations in the penal system.  Is it appropriate to run criminal justice processes in a competitive marketplace?  What are the implications of staff and volunteers running ‘offender management’ services that potentially impact on a person’s liberty?  Is it ever possible to combine the roles of ‘befriender’ and ‘enforcer’?

Research into the implications of statutory-voluntary ‘partnerships’ in other aspects of welfare provision has identified a raft of potential challenges for the voluntary sector, including short-term funding, squeezing out of smaller organisations, and pressure to adopt the agendas of statutory partners.

Given this, it seems inevitable the issue of voluntary sector independence will raise its head again in response to the outsourcing of probation. Can voluntary sector mainstream providers focus on tackling the complex issues of social exclusion linked to re-offending or will they face pressure to steer towards a more punitive and less rehabilitative government agenda?  Can voluntary organisations maintain their independence and values under pressure to ‘compete’ and offer ‘cost-effectiveness’?  Is the outsourcing of the criminal justice system simply another inevitable shift in the ‘moving frontier’ or is it a step too far?

2 Responses to Prison and probation: Should charity have a role in criminal justice?