A recent Guardian article highlighted how university law centres will become ever more important in the light of the cuts that will result from the Legal Aid, Sentencing and Punishment of Offenders Act 2012. 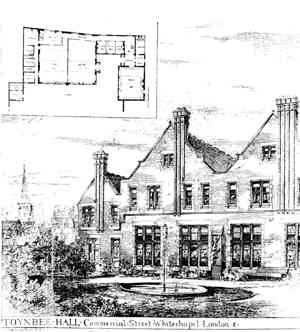 Lawyers have always offered some form of free legal advice to the public, whether on an ad hoc basis or in more organised ways.  In 1891, Frank Tillyard, a young lawyer in residence at Mansfield House University Settlement in East London, set up a ‘Poor Man’s Lawyer’ service of volunteer lawyers giving up their evenings.  This idea spread rapidly.  On the outbreak of the Second World War, there was a national network of 125 Poor Man’s Lawyer centres, with 55 in London.  Centres were run by settlements, with the biggest being based at Cambridge House, Toynbee Hall and Mary Ward Settlements, whilst others were run by Guilds of Social Service and the major political parties.

The Poor Man’s Lawyer centres undoubtedly enabled many people on lower incomes to access legal advice and support in civil matters.  They also gave junior lawyers the opportunity to build up a range of experience, as well as to learn about the problems and needs of the poor. However, they also had their limitations, with centres concentrated in areas where there were already large numbers of lawyers, rather than where the need was  greatest.  As voluntary organisations run on the proverbial shoestring, the centres relied upon the willingness of volunteers to give up their evenings and for rooms to be provided for free or for minimal rent.  Resources were very tight, with administrative support and record-keeping often being compromised; and services were often under-advertised in order to keep demand manageable.

The Haldane Society was founded in 1930

These limitations were increasingly untenable in the light of the Second World War, with the further liberalisation of divorce and the increased rules and regulations of wartime.  The Haldane Society of Socialist Lawyers called for a National Legal Service to provide all citizens with good, free or affordable legal advice.  However, the Rushcliffe and Cameron Reports of 1945 recommended the establishment of the current system, in which lawyers take on legal cases through their private practices and are reimbursed by the state – it did not offer a different economic model.  This by no means put the Poor Man’s Lawyer or other voluntary legal services out of business, but rather meant that the intense demand for advice could be spread across the profession.

With the current cutbacks in legal aid, university legal centres are again picking up the work that the Poor Man’s Lawyer centres did.   Law students and the public both benefit from having access to each other, and it is an opportunity for universities to serve their local communities.  The problem is that university students and staff do not just provide legal advice, but have degrees to complete or to teach; there are also questions about how far such centres can grow and how sustainable they can be.  The students are to be commended for their public-mindedness, but we should not ignore the bigger structural questions about how people on lower incomes access affordable legal advice and aid.