Feature: The Other NHS

For our March feature, Clare Hickman of King’s College London writes for us on the National Health Society. She explains how this association of doctors and public health campaigners in the nineteenth century pressed for green spaces to make British cities healthier places.

In 1871 a group calling itself the National Health Society held its inaugural meeting. Initially the Society seems to have consisted of a small group of friends who were led by Dr Elizabeth Blackwell. As the first woman to be registered as a qualified medical practitioner in Victorian Britain, Blackwell was a well-known and pioneering figure. Other people at this first meeting were Ernest Hart, at that time the editor of the British Medical Journal, and Barbara Bodichon and Anna Goldsmid. The latter two women were also active campaigners in the fields of education and women’s rights. So here we have a mainly female group of philanthropists and medical professionals coming together under the banner of ‘national health’.

The aims of the society were wide-reaching from the start as demonstrated in a letter written by Blackwell to Mary Putnam Jacobi in December 1872:  “My little Health society meets at my house every Thursday afternoon. It is at present only an opportunity for which I try to gather materials for future work, using my influence to create an interest in Sanitary topics and instruct those who come. I am not sure yet in which direction it will chiefly grow”. According to its own official report, by 1873 its overarching object was the “promotion of health amongst all classes of the population”. 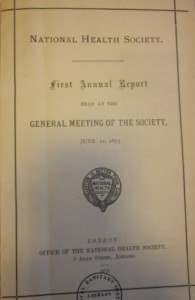 In their attempt to fulfil this ambitious aim the Society undertook a variety of activities. The core task was the organisation and delivery of public lectures and the publication of associated literature covering an array of concerns. According to Hart looking back over 20 years of the Society in 1893 these included: “leaflets and pamphlets on useful subjects, such as ‘Economical Cookery’, ‘The Management of Infants’, ‘The Care of the Sick’, ‘How to Prevent the Spread of Disease’, ‘Vaccination’, ‘How to Prevent and Oppose Cholera’, ‘How to Choose a House’, ‘First Aid to the Injured’, ‘The Management of the Sick-room’, etc.” This was a society that had the education of the masses at its centre and one that aimed to give people the knowledge and skills to improve their own health. In their 1877-8 Report the Society stated: “But let it not be forgotten that to teach people to help themselves, to cut down the evil weed of ignorance, dirt and disease at the root is even more effective than to strip its branches, and whilst earnestly begging for larger support, and more extensive and liberal subscriptions to the work of the National Health society, your Committee would remind the most philanthropic of the land that ‘PREVENTION IS BETTER THAN CURE’”. Although, given the upper class status of many of the Society’s members, a class dimension can also be viewed in this desire to educate groups which were predominantly made up of individuals from the lower classes.

However, they did not just seek to educate, they also campaigned for wider reform. They had two main approaches to public health, governmental and domestic, which can be seen in the activities of the Society. These approaches were also reflected by the members and their own interests. By the time of the first report which was published in 1873, the list of subscribers, members and donors ran to several pages and included the eminent sanitarian Edwin Chadwick and his wife. Chadwick appears to have been an active member from the start and was reported to be one of the first speakers presenting a paper on “The Building of Towns”.  Other initial subscribers to the Society included well known reformers such as George Godwin, editor of The Builder (primarily an architectural journal but under Godwin it also concerned itself with the social crises caused by rapid industrialisation and urban growth), and Titus Salt, industrialist and founder of the model industrial town of Saltaire, Yorkshire. According to Hart, what began as the result of the “exertions of a few energetic and philanthropic ladies developed into a Society with a Council and Executive Committee, numbering among its members the foremost medical, scientific, and philanthropic men of the day”. Well known sanitary reformers and influential medics were evident alongside prominent women, including Octavia Hill, who had other campaigning interests, demonstrated by her own housing projects, the Kyrle Society and later as a founder of the National Trust. 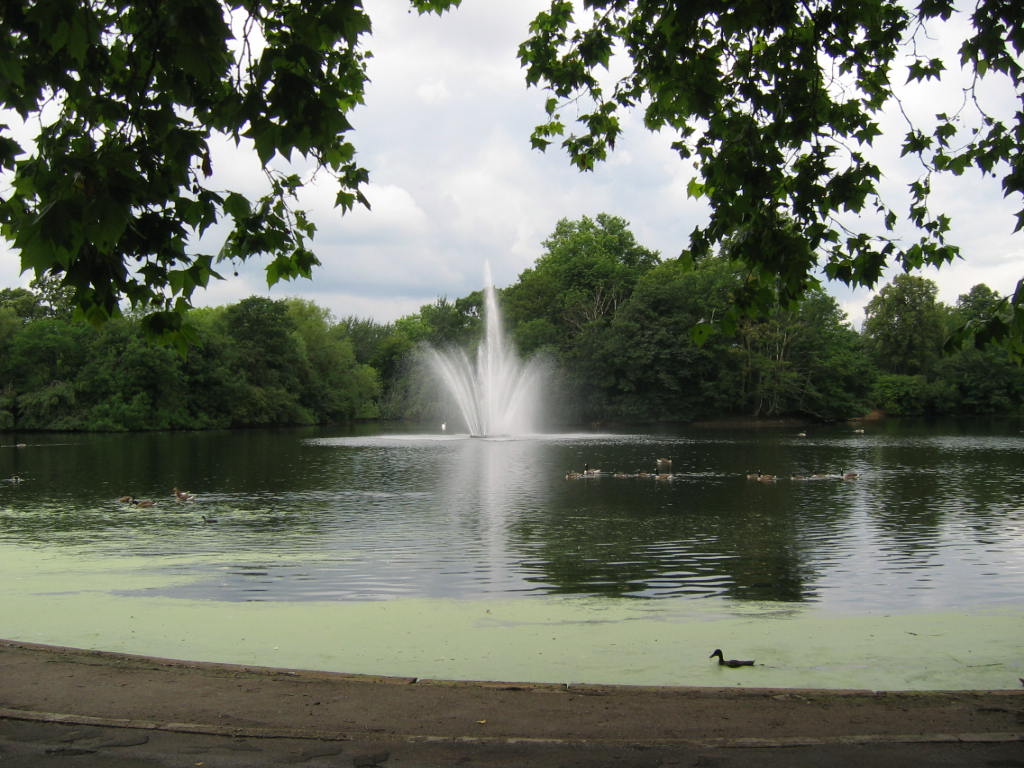 As a Society they worked closely with other campaigning individuals and groups. As Peter Thorsheim has discussed in depth in Inventing Pollution, the successful smoke abatement campaign was the combined brainchild of Hart and Hill. As far as Hill was concerned smoke abatement was a natural sequel to the securing of open spaces as they were both concerned with the attempt to produce pure air within urban settings. Similarly the Health Society, working in conjunction with the (still active) Metropolitan Public Gardens Association (MPGA), was concerned with the immediate environment of the poor, including the desirability of creating playgrounds and urban green spaces accessible to everyone. Often overlooked until their later amalgamation with the more well-known MPGA, the National Health Society were one of several Victorian pioneering organizations with an interest in the preservation, creation and accessibility of urban open spaces. The first hint that they were interested in public spaces comes in their 1877-8 Report, which recorded their desire to encourage school boards to make playgrounds accessible to children after school and at weekends.

It is perhaps not surprising that a Society which was set up to encourage health in the widest possible sense was involved in the active and lively open spaces movement of the nineteenth century. The idea that urban green spaces were beneficial for the health of the population was a generally agreed principle in this period and parks were often called the ‘lungs’ of the town or city as they were seen as places that provided the clean air essential for health. Dr William Farr, a member of the General Committee of the National Health Society from 1875, had a long interest in the use of parks as healthy lungs for the diseased city. In his First Annual Report of the Registrar-General in 1839, he wrote that “a good, general system of sewers; the intersection of the dense, crowded districts of the metropolis by a few spacious streets; and a park in the East end of London would probably diminish the annual deaths by several thousands, prevent many years of sickness, and add several years to the lives of the entire population”. Farr’s Report had a material effect on the East-End of London as it eventually led to the creation of Victoria Park (in what is now the Borough of Tower Hamlets) in the 1840s. Farr like many reformers saw parks and gardens as part of the solution to diseases that they felt were caused by urbanisation and industrialization. These ideas eventually resulted in the creation of new urban planning strategies such as Port Sunlight, Bournville and the Garden City, as first described by Ebenezer Howard, where parks and gardens were an integral part of the design – bringing the health of the country to the town. This move towards the inclusion of green spaces as an essential part of town planning can be seen in part as a consequence of the work of sanitarians and voluntary organizations such as the National Health Society.

Clare Hickman’s article ‘To brighten the aspect of our streets and increase the health and enjoyment of our city: The National Health Society and urban green space in late-nineteenth century London is available online here.