Comfortably ensconced in Oxford Brookes University for the recent VAHS New Researchers workshop on ‘transnational humanitarianism’, we began our morning’s discussion with Dickens. (We actually began with train journeys, delayed buses, bicycles, a long uphill walk, and a search for caffeine, but that’s all par for the historian’s course, so I won’t dwell on it. Hard times indeed.) The workshop’s title originated in Martin Chuzzlewit – ‘Charity begins at home, and justice begins next door’ – its co-organiser George Campbell Gosling informed us. But George’s opening address preferred to cast our gaze to Bleak House and its contrast between the domestic benevolence of Mr Jarndyce and the ‘telescopic philanthropy’ of Mrs Jellyby. No serious historian would base their analysis on a novel, our host assured us. Yet many had fallen into that particular novel’s trap by writing about domestic and international voluntary action as two separate phenomena. He threw down a challenge to speakers and audience alike: to consider ways of bringing the two into a single narrative – both by adopting transnational frameworks in our research and by recognising the importance of transnational networks in the past. 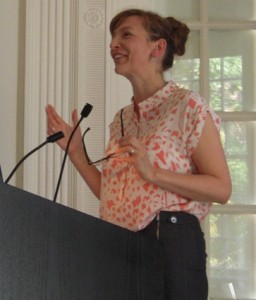 I had come to Brookes to contribute a paper on NGOs and transnational humanitarianism to the afternoon session in a day-long workshop hosted by the university’s Centre for the History of Welfare. Part of the Making Connections initiative on transnational networks in European welfare history, the event certainly lived up to its name – it was also the first such gathering of the VAHS’s new transnational histories network. Patricia Clavin delivered the keynote after lunch, a fascinating investigation of the transnational networks that shaped the League of Nations. Tom Crook explored the emergence of a transnational language of statistics in the nineteenth century. Virginia Crossman read the absent Julia Moses’s paper on transnational experts and national social problems. I made the case for examining humanitarian NGOs in a transnational framework. And we rounded off the day with a roundtable discussion on linking histories of welfare in a transnational context.

But all that was still the other side of tea and sandwiches as we settled down to our host’s challenge and the morning’s focus on ‘transnational humanitarianism’. I had come armed with a few questions of my own. For the humanitarian sector ‘charity begins at home’ is a well-worn trope, heard on the doorstep, in the media, from elected representatives, and with increasing regularity in these times economic austerity. But how, I wondered, do historians think about transnationalism and its relationship to the non-governmental sector? Do we approach humanitarian NGOs primarily as local, national or international actors? A combination of all three? How should we think of them? 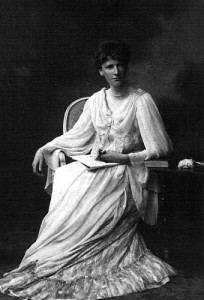 As the session got underway, opening speaker Emily Baughan picked up our host’s task and raised an important question of her own: the need to tackle national concerns and debates in these transnational histories of non-governmental humanitarianism. She described the tensions that developed between two British voluntary organisations in the aftermath of the First World War. The politically connected Imperial War Relief Fund (founded in 1920) flew the British flag, ‘competed’ against American influence, and saw itself as a showcase of British leadership and progress. The Save the Children Fund (1919) embraced internationalism and what one of its founders, Eglantyne Jebb, described as ‘wisely directed patriotism’. It became a bone of contention between the two organisations. It also, Emily told us, serves as an important lesson to scholars of non-state humanitarianism. Borders and national priorities shaped the outlook of even these outwardly international organisations, and we must understand their histories in those terms. 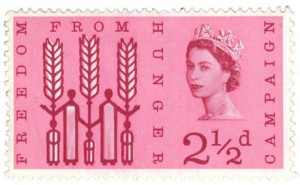 Anna Bocking-Welch’s paper on the Freedom from Hunger Campaign made its home at the same crossroads of local, national and transnational concerns. Created by the UN Food and Agriculture Organisation in 1960 to assist long-term development in the Third World, in Britain the campaign helped to re-imagine benevolent imperialism for a new era. But it also linked anti-colonial rhetoric with UN priorities and a less aggressively strident British world view. And it offered a new means of connecting the British public with the outside world – through its encouragement of ‘people-to-people’ exchange. The important lesson of the campaign, Anna concluded, was to think of transnational action in terms of layers. Personal motivations and personal connections were inseparable from national and transnational action.

In the final paper of the session, Eleanor Davey turned our attention to another vital question: where do our concepts of humanitarian action come from? She described a particularly French take on the concept. Tiers mondisme emphasised the Third World’s progressive, world changing power. Sans frontiérisme begat the world Médecins sans Frontières and its brand of humanitarian action. Droit d’ingérence stressed humanitarianism’s right to intervene. At the heart of Eleanor’s paper was an emphasis on continuity. She described the link between Holocaust memory, the failings of the Red Cross in responding to the atrocities of the Second World War, and deep French mistrust of the aid community’s silence on the politics of the Biafran humanitarian crisis in the late 1960s. But she also emphasised the need to look more closely at the colonial period and imperial attitudes to humanitarian action.

After a break to chat and restore caffeine and blood sugar levels, we returned for the morning’s concluding roundtable debate. Under the direction of our chair Glen O’Hara, Georgina Brewis and I attempted to bring these disparate themes into focus once again (and add a few ideas of our own). There were warnings about the need to explore alternative and informal sources; to be aware of the many social scientists that had trodden this ground before us; and to be sure why we were adopting a transnational framework in our research. The need for recipient narratives was also stressed. And there was a call for the unfashionable – the thousands of volunteers from the global North who served in the developing world – to have their stories accorded attention.

Not that we had it all our own way. An open discussion on the role of history in shaping the policies of the contemporary NGO sector brought warnings of expecting too much but also of the dangers of failing to try. The role of religion too was debated – in a colonial context and in its influence on the modern NGO sector. And then there was the biggest question of all, and a suitable one on which to conclude and encourage comment. Just what, a voice from the floor asked, does transnationalism mean anyway?

For more information on this workshop and the wider Making Connections initiative, please see here.

For information on the VAHS transnational histories network, see here.