Critical Thinking About Voluntary Action and Its History

In this month’s blog post, Colin Rochester introduces a journal which will take the study of voluntary action in a new direction.

A group of academics and practitioners –and some who combine both roles– have decided to do something about their growing dissatisfaction with the current state of voluntary sector studies.  In the hope of developing ‘a different narrative of voluntary action’ they have launched a new journal to be called Critical Studies in Voluntary Action.  The journal will be published online twice a year and the first issue is planned for the Autumn of 2015.

Our discontent with the way voluntary action is studied and presented has three main components:

Towards a Different Narrative of Voluntary Action

Critical Studies in Voluntary Action will encourage and help to develop an alternative account of voluntary action that:

A Call to Historians

One explanation for the widespread acceptance of the assumptions underpinning the ‘mainstream’ view of voluntary sector studies is the ignorance of those who work in voluntary organisations and those who study them of their history.  The Voluntary Action History Society was founded more then twenty years ago with the express aim of addressing a widespread lack of interest and understanding of the roots and historical development of voluntary organisations and volunteering.  As I commented in a paper given to a VAHS seminar a year ago ‘discussion of the growing role to be played by voluntary agencies in the public and social policy arena has been largely uninformed by any understanding of the historical experience which has shaped today’s institutions and relationships and any lessons from the past have been left unlearned’.

In that paper I argued that the accounts we had of the history of voluntary action were incomplete and only provided part of the story and that we needed to develop a more inclusive and comprehensive view of the roots of voluntary action and the development of its activities, institutions, and role in the wider society.  Critical Studies in Voluntary Action will provide a home for contributions to that development and I hope very much that we will receive proposals for articles that will, among other things, explore the history of voluntary action as the pursuit of social change and social justice –often in opposition to governments– and as the vehicle for conviviality and expressive behaviour rather than as the practice of philanthropy and mutual aid.

We are looking for contributions written in clear, accessible English of two kinds:

We are also looking for volunteers to act as peer reviewers.

Contributions, proposals for articles, offers to review submissions, and requests for further information should be sent to the Editorial Board’s convenor, Colin Rochester, at colin@practicalwisdomr2z.co.uk. 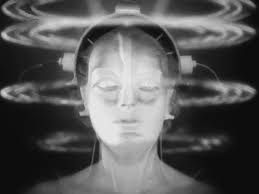 This entry was posted in Colin Rochester and tagged voluntary action, voluntary sector. Bookmark the permalink.