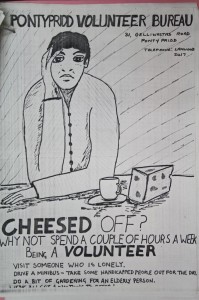 The Conservative-Liberal Democrat coalition has launched a number of initiatives to encourage job-seeker’s allowance claimants to volunteer. One example is the Work Together initiative, a nationwide programme to encourage all unemployed people to consider volunteering while they are looking for work which, governments have claimed, will improve their employment prospects. As the UK’s economy slid into recession, similar initiatives were introduced under the Gordon Brown administration – e.g. the Six Month Offer and the Volunteer Brokerage Scheme.

I presented some initial research into government support of volunteering during economic downturns at the VAHS New Researchers workshop on Voluntary Work , organised by Michael Weatherburn and I. Taking the Winter of Discontent (1979/80) as my starting point I offered a first attempt at showing that governments during successive economic downturns, have actively encouraged the unemployed to volunteer by introducing ‘enabling policies’ as well as volunteering initiatives directly aimed at supporting the unemployed into volunteering. What this initial research has shown is that both the Thatcher and the Brown governments introduced similar initiatives, in that they targeted similar groups of people (e.g. long term unemployed) and had similar aims – this is demonstrated in the tables below:

Volunteering Initiatives for the Unemployed 1982-1991 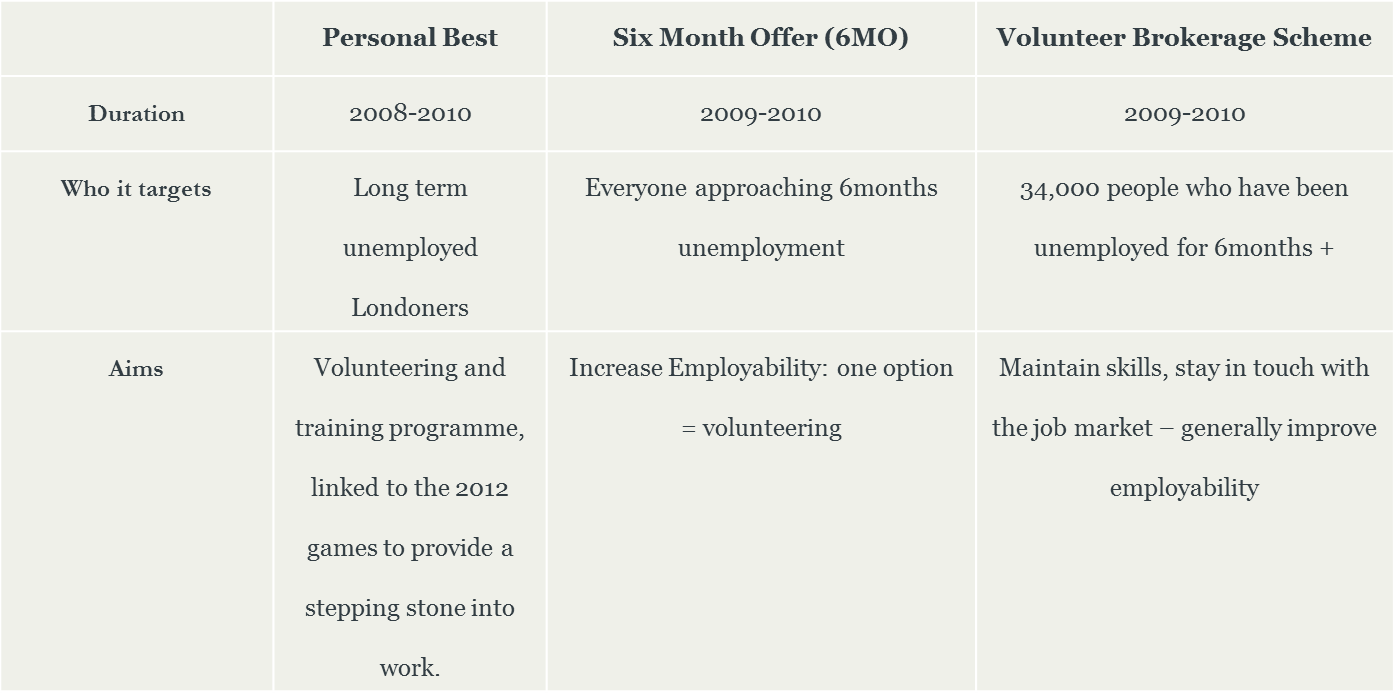 At first glance, the Thatcher and Brown administrations set these schemes up on the assumption that volunteering will offer the unemployed the chance to develop the necessary skills for work – an assumption that was, and still is, yet to be proved.

The aim of the Voluntary Work workshop was to provide some historical context to current research into unpaid work in the UK. At present there is considerable unemployment, particularly among young adults, coupled with shifting expectations as to what individuals can expect from employers, and vice versa. Part of this process includes the increasing number of UK graduates conducting unpaid internships (currently 250,000), an area not overseen by industrial policies, but in fact by government legislation relating to voluntary work. A summary of the event can be found here. A key question that both Michael and I were keen to explore as an outcome of the workshop is what can social policy commentators learn from historians? I would be interested to hear other people’s research which highlights continuity in government policy on voluntary action. To what extent are the same old policies rehashed?

1 Response to Unemployed and working for free – history repeating?