Not cluttering up the basement: Exploring the potential of the archives at Blind Veterans UK

The Campaign for Voluntary Sector Archives will be formally launched at an event at the House of Lords later this year. The Campaign, previously discussed on this blog, draws attention to the vital importance of these archives as the sources without which the history of Britain cannot adequately be written and understood. It also highlights the issues facing all currently existing voluntary organisations in ensuring that records from their oldest archives to their most recent ‘born digital’ records are appropriately preserved and managed.

A number of voluntary organisations have employed professional archivists and records managers to address these issues. One of them is Blind Veterans UK, which has recently reviewed its archives service with the aim of better understanding what its holdings of historical material comprise and how they can be better used to support the work of the organisation. 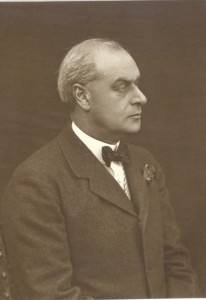 Known until earlier this year as St Dunstan’s, Blind Veterans UK was founded by the publisher and newspaper proprietor Arthur (later Sir Arthur) Pearson in 1915. Having himself lost his sight in middle-age as a result of glaucoma, Pearson became concerned about the increasing numbers of soldiers returning blinded from the war. He was driven by a strong and distinctive conviction that the blind should lead as active and independent a life as possible and not be seen as objects of pity, which led him to establish a hostel which provided a centre for war-blinded Service men for rehabilitation and training. This included the opportunity to learn one or more of a range of possible future occupations such as basket and mat making, poultry-farming and physiotherapy. Combined with this was a commitment to lifelong welfare support for each member after their departure from the hostel.

Blind Veterans UK still undertakes rehabilitation and training (albeit not now specifically occupational training) for ex-Service men and women and continues to provide lifelong support. Our mission today, which we summarise as ‘life beyond sight loss’, differs from our origins in many of the details; we no longer instruct in poultry-farming, or teach Braille, and our members now also include those who have lost their sight after having completed their service. However, it remains consistent with Pearson’s original beliefs and our archives provide the evidence of how this has remained the case throughout the years since we were founded. 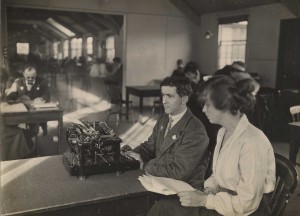 What are these archives? They include minutes, agendas, inventories, property deeds, building plans, ledgers. There are letters, planning papers of new initiatives, and press cuttings. There are many photos, of the buildings in which we have been based, of activities undertaken, of members. There are the records of the members themselves – of their joining, of their activities, of their welfare over many years. The collections also include artefacts, some given to us by members or their descendants. They include the typewriters on which members learned to type, and trays and baskets they made and sold to earn their living. There are tins and envelopes in which we collected money; posters, postcards and T-shirts by which we promoted ourselves.

The archives document the successful unfurling of Pearson’s vision, and also within them include many direct testimonies from members of the value to them of what Blind Veterans UK  has done. For staff and others working with the charity today, the demonstration of this continuity of activity and achievement serves as inspiration. For donors, other supporters and for new beneficiaries, our history is the track record by which we can justify their engagement and the archives the guarantee for the history. More broadly, the information that we can draw from the archives enables us to provide a more detailed and complete view of our history than would otherwise be available, and to use that to publicise and promote ourselves to the audiences we need to reach.

How, following our review, are we doing this? Photos are particularly useful for national and local media and recently some were used to illustrate the early years of the charity as part of a feature on our work on the ITV breakfast show Daybreak; others of the Queen visiting our Brighton centre were included in Sussex Life magazine. Displays at our head office in London have been provided, and timelines produced for our centre at Llandudno and for our website. Articles for our internal magazine, the Review, draw on the archives and tell stories which relate our past to our current activities. There are more examples, and there is much more yet to do, including using the archives directly with members. 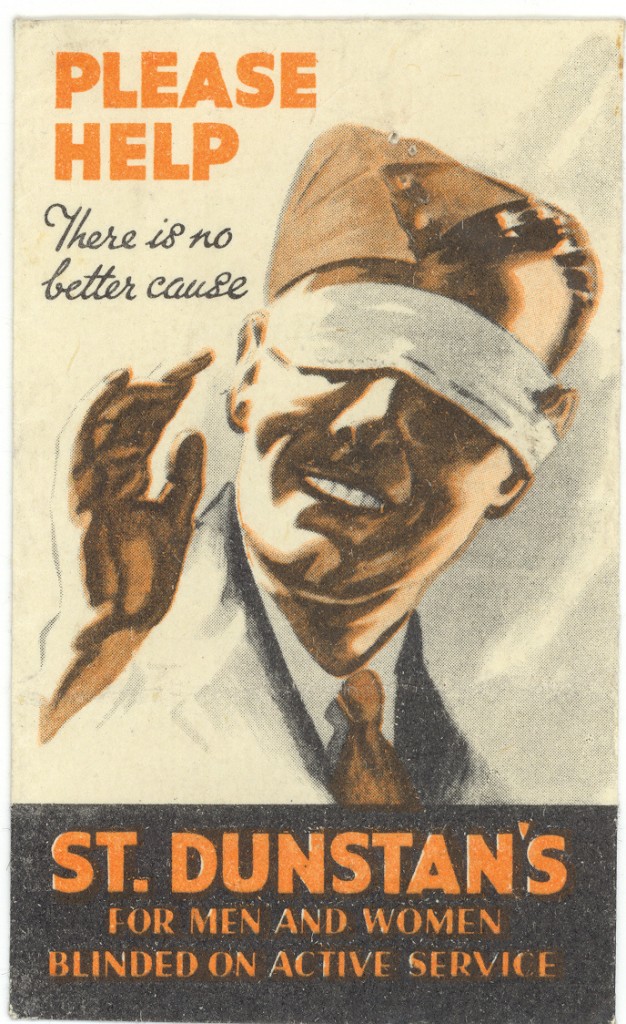 So where in this is a role for the archives as a wider historical research resource? They are important in the history of the treatment of visual impairment and of welfare provision. They contribute to military history, and are a rich resource for family historians. For any charity there should be value in seeing its history placed in different, often wider, historical and societal contexts. However, the day to day exigencies of the charity, and the need to ensure that activities are seen to be in accordance with the charitable aims, are such that the provision of external research access needs to be carefully balanced against internal requirements. Nevertheless, the ability of a charity archives service to actively select, collect, identify, catalogue and preserve its records on an ongoing basis is the key to the long-term survival of a wider historical record which is as complete as possible.

Of course, not all voluntary organisations are of a size to be able to employ a professional archivist and for smaller bodies advice and assistance is available from organisations such as the Charity Archivists and Records Managers Group and The National Archives. But to ensure that significant parts of the historical record of the voluntary sector are not lost forever all organisations need to see their archives as an asset for them. Too often they are considered as a problem, taking up space, often stored out of sight and mind in a basement. The experience of Blind Veterans UK, and of a significant number of other charities, is that they can be used proactively to aid the current work of the charity. The historical record is, always, ongoing.

This entry was posted in Archives and tagged disability, health, voluntary sector, war. Bookmark the permalink.

1 Response to Not cluttering up the basement: Exploring the potential of the archives at Blind Veterans UK