Today is the first day of Student Volunteering Week 2012, an annual event marking the contribution that higher and further education students make to the wider community through volunteering, fundraising and campaigning activities. This regular celebration started in 2001, but student volunteering has a much longer history.  In this post I take a look back at what student volunteering was like one hundred years ago.

In 1912 there were around 20,500 university students in England, Wales and Scotland – the same number as at a medium-to-large university such as Liverpool today. Just under one-in-five students were women and the scarcity of scholarships meant that working-class students tended to enrol on part-time evening courses, but this pattern was gradually changing. There was no national student organisation in England or Wales (the NUS was formed in 1922), but the one group with a national presence was the Student Christian Movement (SCM), which had affiliated groups in 130 colleges and universities with a membership of more than 5,000 students.

In 1912 Birmingham University Professor William Ashley wrote that ‘the idea of social service is today taking possession of men and women in a way never before seen.’  Such a high level of interest was part of a search for new outlets for service on the part of the British elite in response to high levels of industrial unrest and working-class discontent. Public schools and universities were widely criticised for separating students from the rest of society. However university lecturers and student leaders could point to evidence of students’ growing interest in social problems. For example, in 1912 1,600 students attended a SCM conference on the topic of ‘Christ and Social Need’ held at Liverpool University and saw an exhibition on social service which afterwards toured other university campuses. As one Oxford wit put it ‘students are fascinated by the social problem when they are not engaged in adding to its complexity’. 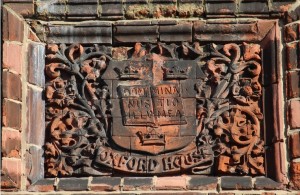 In 1912 much student volunteering was still channelled through university settlements. The model had been pioneered in the 1880s by institutions such as Toynbee Hall and Oxford House, but new settlements continued to be opened in the first years of the twentieth century, for example at  Edinburgh University (1905), Liverpool University (1907) and Bristol University (1911). While it was graduate residents and other local volunteers who ran a settlement’s services, this work was supported by students, who collected funds, sent gifts-in-kind and recruited volunteers during vacations to support activities such as summer camps, Christmas treats or annual sports tournaments. Students supported other types of voluntary work such as boys’ and girls’ clubs, children’s hospital wards or Salvation Army hostels in similar ways.

Settlements also served as educational centres for student volunteers, offering opportunities for practical training and discussion of social problems. Indeed, the Student Christian Movement considered that a couple of visits to a settlement comprised the ‘minimum contact with social service’ that every student should experience as part of his or her education. Another popular form of student volunteering in 1912 was ‘social study’ in which students formed themselves into small study circles to learn about social problems, usually following a course of work laid down in a textbook. Reflecting students’ interest in work with young people, the most widely-read textbook in 1912-3 was Barclay Baron’s The Growing Generation: A Study of Working Boys and Girls in our Cities.

In 1912 students were also being enlisted in a range of new volunteer-run services operated in partnership with local authorities, such as children’s care committees, patient after-care committees and maternal and child welfare services.

In 1912 the benefits of student volunteering arguably accrued more to students themselves than to those they aimed to serve. The main difficulty was that many forms of student social service – such as fundraising and provision of one-off treats – rarely encouraged any cross-class dialogue. For many student volunteers, interactions with working-class men, women and children were limited to artificial, stage-managed affairs. Commenting on entertaining parties of factory girls at Westfield College one woman student suggested ‘they were as much of a mystery to us as we to them’. Likewise the educative value of short visits to settlements may have been questionable since students approached the ‘slums’ with ideas about what they might encounter already shaped by others’ accounts.

Bristol University tutor George Hare Leonard advised students that there was no better way of making friends than by joining together in social service. Volunteers’ own reports indicate that, like today, students derived much personal satisfaction, fulfilment and enjoyment from taking part in volunteering and fundraising. Social study was an early form of citizenship education and for the educated elite practical social service was a small demonstration of concern for the less privileged. Student volunteers of this period took these experiences with them as they went on to forge careers in public service, education or politics. After the First World War, however, the opportunities for student volunteering were to expand considerably.

You can view a short film on the history of student volunteering below. This film mixes archival footage with animated sequences and was made in 2011 with funding from Student Hubs and animation by A Different Drum Productions.