In Darkest London: Investigating Destitution in the 1920s

Anne Turner was the pseudonym used by Ada Elizabeth Chesterton, the widow of G.K. Chesterston’s brother Cecil, herself a journalist and ‘social reformer’. It was under this name that, aged 56, she spent two weeks in February 1925 as an ‘outcast’ in London. The intention of this ‘experiment’ was to challenge the assumption that ‘for a woman who is willing to work, employment can always be found’, and to demonstrate the limited work opportunities for women ‘without reference or status of some sort’ (Ward 1943, p. 11). 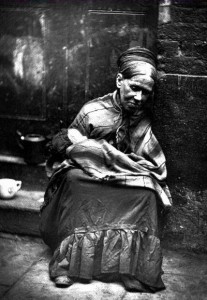 A Destitute woman with child c.1876 from London Street Life by John Thomson

She wrote In Darkest London the following year to describe this somewhat ethically-dubious ‘adventure’, having previously written of her experiences in a Sunday Express column. The book discusses the range of accommodation and subsistence support available to homeless women in 1925 London, not only emphasising the dearth of resources, but the lack of provision as compared to that available to men. This she attributed to a fear on the part of the authorities ‘that an ex-service man should be discovered bedless and starving in the streets’ (p. 117). Considering the inadequate, expensive and oppressive alternatives, it is no wonder that the charitable shelters, primarily organised by Christian organisations, were overwhelmed by applicants.

In Darkest London describes such hostel facilities and their ‘inmates’ as well as outlining their other less obvious functions. For example, they effectively adopted the role of employment agency by sending residents to work as domestic servants and factory workers in response to outside enquiries, and in some cases served as a training centre for domestic work. Several had soup kitchens for non-residents, as at St Crispin’s shelter in Spitalfields (p. 238) Some hostels, such as the King’s Road shelter, were used for holidays and recreation (p. 249). While the Mare Street hostel provided a club house for the use of previous residents (pp. 36-7, 236 & 248). 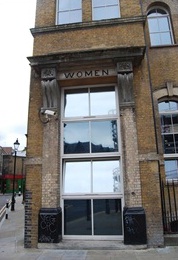 Chesterton indicates that facilities in Christian Mission shelters were generally of good quality, but notes that the rules governing eligibility varied. She tells how the Church Army shelter on Great Porter Street turned her away, despite her ability to pay the requisite tenpence, after subjecting her to unnecessary ‘interrogation’ – owing, she suspected, to her disheveled state and having spent previous nights in the workhouse and a poor lodging house (pp. 161-6). Although desperate for shelter, this experience prevented her from approaching another Church Army shelter on Belvedere Road (pp. 167 & 190).

Salvation Army shelters receive higher praise, due to their limited personal intrusion and their willingness to accept ‘unmarried and expectant mothers’ – the most numerous category of female inhabitant, most of whom had previously worked in domestic service (pp. 247, 21-2 & 36). However, there were few shelters accessible to women. The centre at Mare Street in Hackney was ‘the only receiving station [or ‘clearing house’] of its kind in London’ (pp. 22 & 37-8). The shelter for women in Whitechapel’s Hanbury Street was licesned by the London County Council as a commercial lodging house (p. 115). The hostel near Tottenham Court Road was only accessible to ‘women in regular situations, who could pay a reasonable sum’ (p. 15). Meanwhile, a small shelter on Chelsea’s King’s Road, primarily a hostel for discharged and remand prisoners, housed only a few homeless people who derived from elsewhere (pp. 247-9), Other, more ad hoc shelters for the homeless, such as the crypt of St Martin’s Church, are also noted (p. 182). 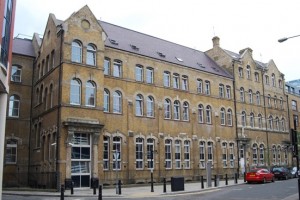 A whole chapter is dedicated to the Convent of Mercy’s St Crispin’s shelter at Providence Row in Spitalfields, described as ‘the largest and most kindly run’ of the hostels (p. 116). Its 112 box beds were open between November and May for free to both those women unable to pay and those in low-paid employment, with the attached school perhaps helping to enable some mothers to access casual work. According to Chesterton, it provided an exceptional level of security and stability, with the possibility of residency beyond the usual five nights on production of references from employers. The lack of intrusion into personal details was especially important for female residents, considering that most were accompanied by their children. By contrast, ‘official’ accommodation effectively incarcerated inmates and, on leaving the workhouse, women ran the risk not only of having their children permanently removed on the charge of neglect, but also of imprisonment if found dependent upon begging (pp. 151-2 & 233-6).

Despite declaring a lack of sentimentality (p. 156), Chesterton’s aptitude as a dramatic writer is certainly brought into play for In Darkest London. Applying her journalistic skills, she challenges a numbers of assumptions, demonstrating the social and cultural variability of the homeless and destitute of London. At the same time as decrying ‘There, but by the favour of circumstances, might go you or I’ she exposes common factors such as the housing shortage and profiteering landlords that forced individuals into homelessness (pp. 226, 152 & 237). Her attempts to demonstrate that destitution is commonly beyond the control of the individual is perhaps evinced in her repeated emphasis of the rarity of alcoholism and ‘drugging’ within the homeless community (see pp. 37-8); and that prostitution is an effect, not a cause, of homelessness (pp. 69-70, 85, 208-9 & 238). Although she does cite some statistics, Chesterton uses this ‘exercise’ to look beyond statistics, and to demonstrate contradictions in the apparently objective data. 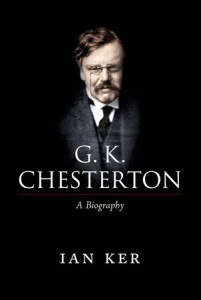 Despite her intentions, doubts must be raised over the extent to which Chesterton’s observations accurately represent dialogue and events. The latest biography of G.K. Chesterton has called into question her reliability as a witness with regard to her own family matters, placing emphasis upon her lack of femininity and noting her authorship of ‘melodramatic fiction for women readers’ (Ker 2011, p. 185). Contradictions in her own later biography The Chestertons have elsewhere been described as both ‘vulgar and inaccurate’ (Greene 2007 [1944], p. 725). However, we should also bear in mind the limited opportunities for note-taking, and the consequent necessity to rely upon memory within harsh conditions, with both a lack of privacy and confiscation of belongings common in shelters.

Despite these problems, by evoking public sympathy, Chesterton successfully effected change, encouraging action at both the institutional and individual level. She makes a number of practical suggestions as to how support for the homeless and destitute might have been improved, arguing that both State and ‘capitalist’ might learn from the example of charitable shelters (pp. 227-8). She claimed that some of her recommendations were acted upon, her observations leading to the cessation of oakum picking and to the provision of hot tea for women in workhouses (pp. 118 & 146). Her reports also encouraged support for the ‘Cecil Houses’, named after her late husband (Ker 2011, p. 552). She established this charity in 1926, and it continues to support the homeless today.

In Darkest London provides valuable insight into the conditions of, backgrounds to, and attitudes towards, homeless in the 1920s. More than 85 years on it serves today as a rich source in the histories of both destitution and voluntary action.

6 Responses to In Darkest London: Investigating Destitution in the 1920s