The Hoxton Cafe Project: Following the fault lines of community, welfare and perception

The Hoxton Cafe Project operated in Hoxton in London’s East End between 1962 and 1970.  It was a detached youth work project, the purpose of which was to reach out to those young people who found ‘traditional’ youth clubs restrictive or who had been excluded from them.  The alternative cafe format tapped into the cafe and milk bar culture that young people enjoyed, but with the twist of providing a supportive environment and tea at non-commercial rates.

It was part of the fresh thinking that followed the publication of the Albemarle Report (‘The Youth Service in England and Wales’, London: HMSO, 1960), which had been charged with:

“[reviewing] the contribution which the Youth Service of England and Wales can make in assisting young people to play their part in the life of the community, in the light of changing social and industrial conditions and of current trends in other branches of the education service.”

The Albermarle Report was itself a response to the apparent rise in youth crime in Britain since the Second World War. It looked at how the state, educational and voluntary bodies could come together to try and stem this tide.

Hoxton was a predominantly working class area that was popularly associated with poverty and criminality, and, by the 1950s, was deemed to be resistant to the supposed benefits of the welfare state.  The cafe built on other post-war experiments in detached youth work – such as the Barge Boys’ Club in Wapping – that aimed to capture the imaginations of those young people who did not fit the mould of ‘traditional’ youth clubs.  It also tapped into existing traditions of youth and community work in the East End, including the university settlement movement and the juvenile court magistracy, along with an emerging body of sociological, criminological, psychological and psychiatric research into subcultural behaviours.

So why does the cafe matter to historians of the voluntary sector?  The cafe matters because, through it, we can better understand the ways in which members of working class communities engaged with charities and the welfare state during its first twenty-five years.  It also helps us to understand the lines of contestation in voluntary social work – who defines social problems, and how; how agency operates within and across communities; the points at which the state and charities intervene in the lives of the less affluent; and the sense of place, community and solidarity. 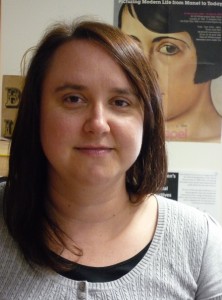 My upcoming VAHS seminar will consider the motivations for and aims of the cafe project, and the nature of its work on the ground. It will also examine what the cafe meant for the young people who used it, and what functions it had for them.  The cafe is a means by which to explore the ways in which young people from working class areas like Hoxton were defined by their neighbourhood, and how they negotiated their personal and working lives with interventions from family, community, the welfare state and the police.

I first came across the Hoxton Cafe Project when I was working on my book, Poverty, Philanthropy and the State, on the university settlement movement after 1918.   Having looked in greater detail at boys’ and girls’ clubs up to the 1950s, I was keen to find out what ventures the settlements had supported after 1960.  The Hoxton Cafe Project was not a settlement activity per se, but the settlements were there in the background, with wardens co-opted on to the cafe’s committee or providing accommodation for some of the people involved with the project.

For the book, I used documents held at Hackney Archives, but undertook no oral history work at that point.  However, when I came to work up a paper on the cafe for the Social History Society annual conference in 2011, I found that one of the young people who had used the cafe in the 1960s had created a website about the project: launched shortly after I’d sent my manuscript off to the publishers!  This serendipitous discovery was accompanied by a daughter of one of the cafe organisers being in the audience at the conference paper.  What I will present to the VAHS will be a paper informed by the generosity of various individuals involved in the project in terms of their time and willingness to share their memories with me, for which I am very grateful.

1 Response to The Hoxton Cafe Project: Following the fault lines of community, welfare and perception