Philanthropy and Voluntary Action in the First World War

Peter Grant, Senior Fellow at City University London, and former chair of the Voluntary Action History Society, has just published a new book: Philanthropy and Voluntary Action in the First World War: Mobilizing Charity (Routledge, 2014). In this post, he outlines some of the book’s key themes and arguments, and argues for a different understanding of voluntary action in the war period. 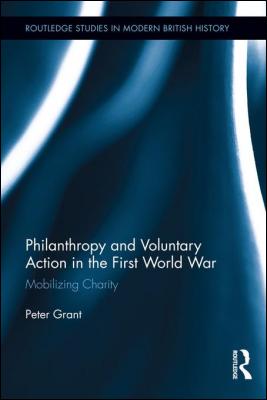 The First World War saw the greatest act of volunteering ever in Britain. Two-and-a-half million men volunteered to fight in a conflict that cost more than 700,000 of them their lives. But there was another act of volunteering between 1914 and 1918 on at least the same scale, though without the same life-and-death consequences. This was the voluntary effort at home especially to support the men at the front, in health and sickness, but also to aid numerous other causes.

There was a massive increase in charitable voluntary action during the First World War. Around 18,000 new charities were created, a 50% increase on the number in existence pre-war. The value of their fund-raising was probably at least £150 million, equivalent to the income for ‘good causes’ through today’s National Lottery, and their legacy was significant. Charitable activity in the war was, especially in many industrial towns and cities, a manifestation of working class solidarity with many more organisations run by ordinary women and men than by well-to-do matrons. It was easily the most significant charitable cause that had ever been supported in Britain and it had profound effects upon both the war effort and the relationship between voluntary organisations and the state.

There was an enormous range of charitable activity undertaken, but with a significant bias towards comforts for troops and medical supplies. However this flourishing of charities and voluntary activity also brought its problems. Not least the lack of co-ordination and whether the items collected or sent matched the needs of the troops. Quality control was a further problem as not all charities produced their goods to high standards.

Eventually in order to bring some much needed organisation to this chaos the War Office decided to appoint a ‘Director General of Voluntary Organisations’ to oversee both the demand and supply ends of the system. This might have caused even more problems as imposing order from above on what was essentially a bottom-up serge of voluntary action could have backfired. Fortunately the man appointed to the post, Sir Edward Ward, was an inspired choice. No one combined his knowledge of army supply, Whitehall politics and managerial competence. Yet he is today an almost entirely forgotten figure.

The DGVO scheme was clearly needed and it overcame many of the supply problems encountered in 1914 and 1915. At the outbreak of war a localised approach to comforts and medical supplies was all that existed but by the end of 1915 the government had started to realise that a voluntary and localised approach to the war was not enough. Such co-ordination required great skill and diplomacy if it was not to alienate the mass of charitable activity that had been generated. In this, the appointment of Sir Edward Ward was a masterstroke. He was probably the only person who combined an intimate knowledge of the armed forces, with a commitment to efficient management and a compassionate understanding of voluntary effort. 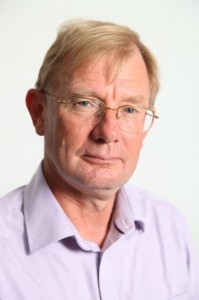 Though there were moves in the direction of state control of charitable activity in support of the war effort, this was not a coherently developed policy of government nor was it by any means a steady, linear process. Rather it was motivated by specific events, or crises, such as concerns as to wasted effort or lack of co-ordination in the supply of comforts for the troops that led to the establishment of the post of DGVO. However, Ward’s remit was coordination of supply, not regulation of abuses. In 1916 the government reacted to further scandals, this time of bogus and fraudulent charities, by bringing in the first regulation of non-endowed charities through the War Charities Act, almost a last resort entered into when abuses of the charitable system became a significant public issue. Where state intervention did occur, it was therefore due to a failure to integrate the dual charitable impulses of mutual aid and philanthropy with the requirements of a budding state welfare system.

My main conclusions about philanthropy and voluntary action in the war are all in complete opposition to the received opinions about wartime charity:

First, the war provided a new impetus to voluntarism based upon the principle of mutual aid. There was a profusion of small, local organisations providing support for the troops of their town, village or workplace.

Second, the First World War contributed towards an increased professionalization of the charity sector. Only after the war were social workers regularly paid and turned from amateurs into professionals and many modern fund-raising techniques were invented or expanded.

Thirdly, there was then a greater movement towards democratisation in the post-war voluntary sector as well as moves into new areas and greater use of business principles. These changes were clearly influenced by what had happened during the war, not least Edward Ward’s DGVO.

Finally, and most importantly, charitable and philanthropic activities played a major role in helping Britain win the war. It provided Britain with a distinct advantage over her main adversary, Germany, in the reservoir of social capital on which it was able to draw. Voluntary action in Britain during the war acted as an integrating mechanism between social classes that helped initiate changes in the relationship between ‘top-down’ philanthropy and ‘bottom-up’ mutual aid and this trend continued into the post-war period. Voluntary action contributed significantly both to maintaining morale at home (a visible sign of ‘pulling ones weight’) and with troops and prisoners of war. Contrary to received opinion, through war poets such as Siegfried Sassoon and Robert Graves and writers like Paul Fussell, the vast majority of troops welcomed charitable efforts on their behalf and were kindly disposed towards benevolence on the home front. In contrast German social control of voluntary action strengthened under an increasingly militaristic government and this led to a serious weakening of social capital.