Changes and Continuities in the History of Emergency Aid 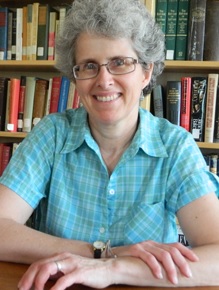 On 30 October 2013, the first Canadian Humanitarian Conference was hosted in Ottawa by the International Development Research Centre (IDRC). The 9 year-old Humanitarian Coalition organised the conference on ‘The Future of Humanitarian Response: Towards More Effective, Accountable and Innovative Approaches’. We are pleased to be able to share the reflections on this gathering of Professor Dominique Marshall, Chair of History at Carleton University.

History was a frequent reference for the many humanitarians who met on in Ottawa. The first ever Canadian Humanitarian Conference brought together international speakers with Canadian practitioners, policy makers and academics of many generations, for an open discussion which represented an attempt to break with the habits of agencies often afraid that criticism would alienate the public. Agencies are often more critical, less paternalistic and charity bound than they appear, said François Audet, Scientific Director of the Montreal based Canadian Research Institute on Humanitarian Crisis and Aid, and “there is a gap between what agencies do in the field, and what Canadians think we do.”

If a good number of those institutions represented had engaged in some research about their past, few referred to it explicitly that day.  But by calling for new approaches, all had to draw on a picture of what was old, even if only by implication: changes, as Audet stated, would not be possible without considering origins. It is this aspect of their exchanges that I would like to highlight.

The sense that times are changing opened most of the papers: with disasters, natural and military, are more frequent, more “complex”, more likely to occur at the same time, and more intense than in the past, the world has become a more fragile place. IDRC official Leslie Norton explained that this new situation comes largely from the fact that disasters occur more frequently in fragile states, and that they strike increasinlgy in cities. Disasters involve more people and the task facing humanitarians is larger than before; the official number of refugees has not been this high for the last quarter of a century, according to Denise Byrne, General Director of Oxfam Quebec. Humanitarianism has become “a crowded field”, to use the words of Robert Fox, Director of Oxfam Canada.  If the quality of humanitarian interventions has increased, the multiplication of amateurish and selfish agencies (MINGOS) worries many. Amongst Western donors, religious motivations to give are fading, according to Susan Johnson, the Director General of International and Mouvement Relations of the Canadian Red Cross; with the rising proportion of the population belonging to “diaspora communities,” national solidarities count more.  Amongst humanitarian workers, the increasing multicutural character of Canadians provides linguistic abilities praised by agencies, over and above the asset of Canadian biliangualism, long recognised in the work of transnational institutions. Countries with strong emerging economies have embarked in humanitarianism in ways that will never be like those of Western agencies.  In the field, work with women’s agencies had taken an unprecedented importance.   Institutions themselves tend to become more rigid.   The fast pace of these changes, Canadian Director of Doctors Without Borders Stephen Cornish insisted, does not mean we should watch history unfold passively, or to wait for paradigms shift and new technologies to appear: humanitarians have to take changes in their own hand.

Many identified the recurrence of old problems: the fact that “slow onset disasters” don’t engage the public is not new, according to Susan Johnson. Neither is the difficulty in raising money for victims of far away conflicts (especially when they are mistakenly perceived as terrorists), compared to natural disasters, and closer victims of war.  The tendency of agencies to select interventions based on “us”, on Northern interests, is equally recognizable, according to Fox, and it often acts against a just answer to needs;  as campaigns which evoke feelings of charity draw more funds than those based on rights. The age old habit of the media to overexpose Northern interventions at the cost of forgetting the more important answers of neighbours was nowhere better exposed than in 2010 Haiti, where the 140 crews of humanitarian workers who drew 160 people out of the ruins of Port-au-Prince outshone the local citizens who helped half a million of their co-nationals in the same way. The “instrumentalization” of aid by other institutions (the military, trade, etc.) often dents its legitimacy, and has made for more violence against humanitarian workers than before.

Traditions of reflection about these problems have brought long-standing and patient  solutions for preparatory and long-lasting work: reinforcement of local institutions, establishment of relations of trust, attention to the intricacies of local diplomacy in order to preserve one’s legitimacy amongst all, gathering of knowledge about the field, and careful assessment of practices. These all call for a kind of action that starts before – and continues after – disasters and peaks of public interest and generosity. The methods and contributions of historians can be valuable, bringing to the attention of agencies past precedents  and current research in systematic and deep fashions. With the kind of comprehensive work called for by the participants of the Conference comes the problem of doing too much for the capacity of humanitarians, the need to select projects carefully and to work collaboratively.  But then again, collaboration might lead to giant projects, with the associated problems of slowness and rigidity, where more nimble, autonomous models might have a greater ability to act. More profoundly, the very distinction between emergency assistance and development blurs, and with it the long-standing question of the specificity of the role of humanitarian agencies. 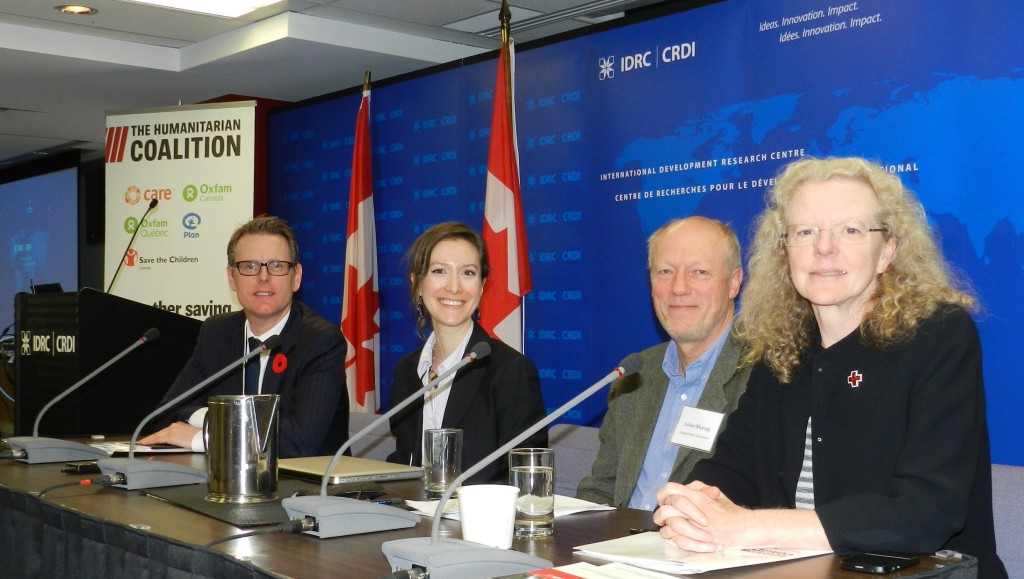 A return to traditions might be in order when new methods jeopardize resolutions. The participants of the session on new technologies discussed the assorted promises of social media with caution towards “technological fallacies”. The immediacy of communications can well help find victims and identify the adequate treatment, for instance, but it can also slow down those who increasingly and consistently have to seek the approval of faraway superiors, whereas they had  no choice than relying on their own judgement before.

By its very nature, the Humanitarian Conference represented a call for sharing  knowledge.  What impressed me the most was the recent multiplication of joint efforts in specialised directions, based on the older, and unanimously praised, model of joint appeals. This formula was inaugurated by the Disaster Emergency Committee in the UK which celebrates it 50th anniversary this year. Collaborative efforts to end the duplication in fundraising, as well as the multiplication of actors in famous fields of emergency denounced by many observers, became especially urgent after the Ethiopian famines of the mid 1980s. Most of the panels showed how humanitarians now work together in specialised institutions devoted to discrete problems they have in common: codes of standards of quality; the certification of humanitarian workers; of  training programs; and knowledge of market conditions.

Having said this, many asked if it was in Canada that efforts to train humanitarians should concentrate, when local responses were paramount, and “local capacities” in need of development, and cultural understanding of neighbours superior.  McGill ‘s Director of the Humanitarian Studies Initiative, Kirsten Johnson, presented its successful medical training in emergency help; and in attendance was a member of the international social work program of the University of Calgary. The interesting resolution for these two schools relies on the similarity between local and global development, emergencies at home and emergencies abroad. Stephen Cornish heralded efforts to assist training in Brazil and South Africa, a necessary step to true universality. Western agencies should focus on bearing witness for the majority of distressed communities of the South left in obscurity by the media, raising the awareness of the public by “telling the story well”, and trying to change the policies which could impact refugee camps more widely and lastingly than direct emergency aid. At a time when charitable laws render harder education and advocacy work, with its important history, it remained at the fringe of the day’s debate.

The benefits of such synergies were often described in terms borrowed from business management and marketing; a language which has long had pride of place in transnational histories of aid, as the ventures of Herbert Hoover in Belgium, East Europe and Russia, during and after the First World War amply demonstrate. The need to draw more on private entreprises, and to connect humanitarian efforts to foreign trade did not surprise when it came in the opening remarks of the Honourable Christian Paradis, Minister of International Development of the Conservative Government of Stephen Harper, who recently did away with the 45 year-old Canadian International Development Agency (CIDA), to amalgamate it with the Department of Foreign Affairs and Trade.

The other vocabulary of the humanitarian tradition, that of solidarity, justice and interntional law was present, but not in equal dose. Few reflected on the limits to the compatibility of business traditions and practices of human rights. For instance, the audience shared the belief that what distinguished Canada was largely its commitment to neutrality, symbolised by the respect for its passport, and to its nonsense approach in the difficult work of mediations; but what will become of this reputation after years of conservative policies towards a “Warrior Nation” is not certain. On occasions, the vague nature of terms such as “resilience”, “accountability”, “capacity building”, was highlighted, against the possibly more solid traditions of international law and legal standards for professions, well established in law and medicine, recalled by speakers such as Adrian Di Giovanni, Law and Development Officer at the IDRC.

That being said, the very fact that universities are home to independent scholars able to reflect critically on humanitarianism is new: “15 years ago, said Norton of IDRC,  it was difficult to find academics to talk to” remembered Norton. Historians of humanitarianism are to be counted in this evolution.

If you would like to find out more about the International Development Research Centre,
see Bruce Muirhead and Ronald N. Harpelle, IDRC. 40 Years of Ideas, Innovation,
and Impact, Waterloo, Wilfrid Laurier University Press, 2010.