Campaigning through the Courts

Occasionally in the news we see examples of people taking the government to court with the backing of voluntary organisations. Some have even gone to court with the government to attack other vested interests. They can even use the legal system to ensure policies are actively enforced. In other cases, voluntary organisations stand by, waiting for decisions before making pronouncement about the relative meaning of the verdicts delivered.

This is by no means a new phenomenon, but it is one that has become more popular since the 1980s. As lobbying groups have found it increasingly hard since the 1970s to gain direct access to government, indirect action through the legal system can secure policy change. 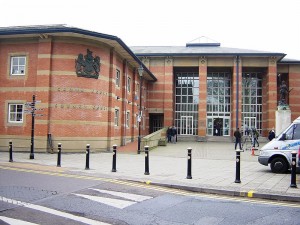 The court can be a powerful campaign tool. Image courtesy of Wikicommons.

In the 1980s, a disability benefit called Invalid Care Allowance (ICA) was payable to people who had given up work to care for a disabled relative. Except married women were not allowed to claim. The argument was that a woman was supported by her husband and his wages and/or social security benefits.

Using EEC regulations on the equal treatment of men and women, voluntary organisations such as RADAR and the Disability Alliance pushed the test case of a Mrs Jacqueline Drake. She had given up work to look after her disabled mother, but could not claim ICA because her husband worked full time. Just before the court could rule in her favour, the DHSS amended its regulations to allow married women to claim.

One argument made by historians of the period is that voluntary organisations – particularly the “poverty lobby” – could campaign directly to government in the 1970s because of a consensus about the role of the welfare state. Once the neo-liberal Thatcher government was elected, Whitehall started prioritising evidence from professional right-wing think tanks rather than the small-scale, left-leaning claimants’ organisations that had successfully expanded welfare provision in the 1960s and early 1970s.

It’s an interesting proposal. Certainly in an age when lobbying has become big, murky business – “the next big scandal” according to David Cameron in the 2010 General Election campaign – smaller organisations may feel squeezed out. We’re also in an age where individual rights are considered sacrosanct. The law can provide protection for individuals from the more discriminatory policies of statutory bodies and service providers

Is this a form of lobbying? Does it signify a shift from protecting supposedly-at-risk groups to prioritising personal suffering in individual cases? Are these types of campaign effective? Can they cause further problems if the government reacts aggressively or in unpredictable ways in order to protect its own interests? As always, your thoughts are welcome.

1 Response to Campaigning through the Courts