Recreation and Leisure: A New Frontier in the History of Voluntary Action?

There have been significant advances in our knowledge of the history of voluntary action in the past twenty years or so, since we established the Voluntary Action History Society, but it remains uneven and patchy. Much of the work in our field has focused on the history of philanthropy and there is a growing body of literature on self-help and mutual aid. By contrast little attention has been given to the role of voluntary organisations and volunteers in the field of leisure despite the size and significance of their contribution to the development of leisure-time activities.

Voluntary action has played a central part in the growth of recreational activities since the seventeenth century – if not earlier – when the growth of urban centres and increased affluence provided significant numbers of people with the opportunity and the means of enjoying a growing amount of ‘free’ time. This allowed clubs and societies to flourish and provided the more affluent classes with opportunities for drinking and socialising as well as mutual improvement (see Clark 2000).  In the nineteenth century there was, to borrow the phrase of Marilyn Taylor and Jeremy Kendall, ‘an explosion of leisure time interests’ as a growing proportion of the population enjoyed shorter working hours. In the twentieth century these became even more important to even more people. While much of the added demand for recreation was met by the provision made by commercial interests and central and local government, Stephen  Jones has noted the opportunities provided by voluntary organisations also expanded. 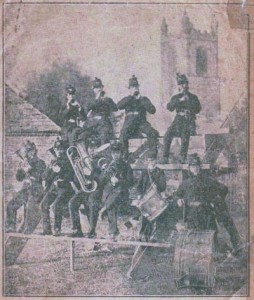 Recreation and leisure-time activities are numerous and diverse and the history of their development is rich and complex. One way of understanding that heterogeneity is to group organisations into four main streams.

One strand is that of culture and the arts. There is, for example, a rich history of music-making embodied in the early choral societies and brass bands and encompassing the full range of classical, folk, jazz and popular genres. Other organisations have come into existence to enable people to take part in the performing arts of opera and theatre and the visual arts of painting and sculpture and there is an important voluntary element in the history of museums.

A second – and related – area of activity can be described as education and self-improvement. This includes Sunday schools and local societies devoted to archaeology; history; literature; natural history; and philosophy as well as organisations promoting adult education such as mechanics institutes; educational settlements; the Workers’ Educational Association; the Labour College movement; the University of the Third Age; and a plethora of reading groups.

A large number of organisations have also contributed to the development of opportunities for physical activity and sport. These include activities such as angling, caving, climbing, cycling, rambling; exercise and fitness; martial arts; and organised sport such as billiards, bowls, boxing, cricket, football, golf, hockey, rugby and tennis.

And, finally, there is a wide range of bodies dedicated to sociability and recreation. Some of them organise camping, youth hostelling and group holidays. Others provide leisure-time activities for young people; they include boys’ and girls’ clubs; boy scouts, girl guides, Woodcraft Folk, Boys Brigade; and Army, Navy and Air Force Cadets. There are organisations of and for women such as Co-operative Women’s Guilds, Mother’s Union, Townswomen’s Guilds, and Women’s Institutes. And there are a multitude of hobbyists’ groups including bird-watching; embroidery, knitting, quilting and sewing; baking, cooking and dining; restoring cars, cycles and furniture; model-making; animal, bird and fish fancies and many more.

As a first step in addressing the comparative neglect of this rich field of study the Voluntary Action History Society is organising a one-day seminar to be held at the Institute for Historical Research at Senate House in central London on Saturday 2 February 2013.  The main aims of this event are to begin to map the terrain and to identify key issues and themes in each of the sub-fields so we can sketch out an agenda and a strategy for further research. ‘Voluntary action and leisure’ will also be one of the themes of the Society’s Fifth International Conference to be held on 10-12 July 2013 at Huddersfield University.

Anybody interested in the seminar and/or the historical contribution of voluntary organisations and volunteers to the development of leisure-time activities and interests is invited to contact either Colin Rochester at cirochester@macae.net or Meta Zimmeck at meta@practicalwisdomr2z.co.uk We look forward to hearing from you!

1 Response to Recreation and Leisure: A New Frontier in the History of Voluntary Action?