It has been nearly a year now since the Voluntary Action History Society put out a call for expressions of interest in forming a new informal international network. The idea was to bring together researchers working on our themes of charity, campaigning and civil society from comparative, cross-border and transnational perspectives. In plain English, we wanted to put ourselves in touch with others interested in looking at the wider history of voluntary action, not just looking at local or national happenings but also at how things played out around the world.

Since then we have put together an informal group of around 60 researchers, who can keep in touch via a group email. This is a good way of letting each other know about publications, conferences and other developments, as well as asking questions. There have also been numerous related contributions to this blog. But there have also been face-to-face meetings. 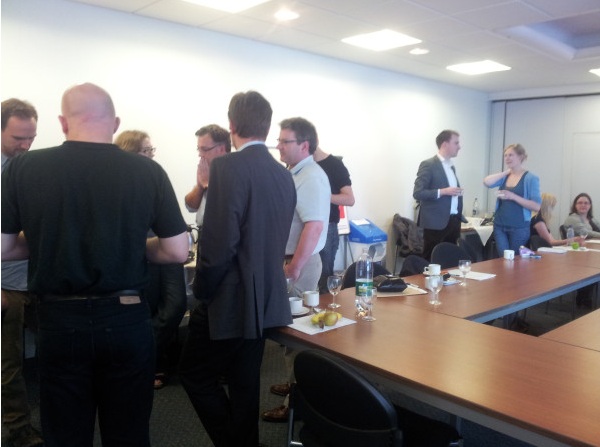 We have been very lucky to have the support for Professor Virginia Crossman at Oxford Brookes University. Her vision for developing a transnational approach to the history of welfare was remarkably close to our own ideas on transnational histories, so it made sense for the two to come together. Her two Making Connections workshops in the spring and summer of 2012 have been invaluable in building our own transnational research community. It was transnational in two ways.

First, it brought together researchers from around the country and beyond. Perhaps unsurprisingly, given Virginia Crossman’s research area, there was a strong Irish contingent. With links now established at University College Dublin, Queen’s University Belfast and the National University of Ireland, Galway, we can only hope this might open the door for an Irish venue for future events. Meanwhile, Professor Norbert Götz of Sweden’s Södertön University was able to join us as plenary speaker for the summer workshop. The European focus of these workshops made visitors from further afield unlikely. But it would be good to see future events bring together our British cluster of researchers not only with others from across Europe but also with the significant numbers in Australia and New Zealand and with the growing numbers in North America and elsewhere.

Second, and most importantly, it brought together researchers working on transnational themes. The spring workshop included an excellent VAHS New Researchers morning session on international humanitarianism, about which Kevin O’Sullivan has written for this blog. The afternoon then featured papers on welfare and the international politics of the League of Nations as well as how the use of statistics, injury insurance and international NGOs all built up the modern tapestry of transnational networks and relationships in the field of welfare. Meanwhile, the summer workshop offered papers on theoretical transnational approaches to welfare and civil society, comparative research on voluntary hospital provision, a case study of a national response to international disease and how international policy transfers influenced government approaches to welfare.

The inevitable question at the end of these two excellent workshops was, of course, where next? One interesting idea that was suggested by Dr Mark Freeman of the University of Glasgow was that we might use the notion of ‘epistemic communities’ to frame future discussions and collaborations. This rather raises the obvious question that a number of us at the workshop had to ask: what on earth are epistemic communities?

In 1992, a special issue of the journal International Organization was published focusing on ‘Knowledge, Power, and International Policy Coordination’. As the guest editor, Peter M Hass explained in the introductory essay, the key to its approach to understanding how government policy was made in an increasingly interdependent world was ‘epistemic communities’.

“…we acknowledge that systemic conditions and domestic pressures impose constraints on state behaviour, but we argue that there is still a wide degree of latitude for state action. How states identify their interests and recognize the latitude of actions deemed appropriate in specific issue-areas of policymaking are functions of the manner in which the problems are understood by the policymakers or are represented by those to whom they turn for advice under conditions of uncertainty. Recognizing that human agency lies at the interstices between systemic conditions, knowledge, and national actions, we offer an approach that examines the role that networks of knowledge-based experts–epistemic communities–play in articulating the cause-and-effect relationships of complex problems, helping states identify their interests, framing the issues for collective debate, proposing specific policies, and identifying salient points for negotiation.”

He goes on to further define an epistemic community as a ‘network of professionals’, recognised experts in a certain area, with four characteristics: (1) ‘a shared set of normative and principled beliefs’ providing ‘a value-based rationale’ for social action; (2) ‘shared causal beliefs’ derived from their professional analysis, linking ‘a central set of problems’ to policy objectives; (3) ‘shared notions of validity’ allowing for a criteria for setting evidence-based policy; and (4) ‘a common policy enterprise’.

The special issue addressed a wide range of topics, including international trade, nuclear arms control, environmentalism and food aid. However, Mai’a K David Cross has recently suggested that a focus on governmental scientific advice has meant that ‘an otherwise promising approach to transnational networks has become somewhat marginalised over the years’. Thus, a focus on epistemic communities directing approaches to welfare is a promising area, although we should be careful not to get caught into focusing exclusively on areas of activity that influence state actions.

For more on the VAHS transnational histories network, see here.