A new Campaign for Voluntary Sector Archives was launched last Monday at the House of Lords.  The Campaign has grown out of concern for the neglect of archives and records across the voluntary sector. Unlike public records produced by government which will end up in the National Archives at Kew, there is little legal protection for charity archives. Yet it will not be possible to write the history of modern Britain without using the records of voluntary organisations. The Campaign launch was sponsored by Baroness Pitkeathley and funded by The Diana, Princess of Wales Memorial Fund.

The afternoon seminar, chaired by Professor Virginia Berridge of the Centre for History in Public Health at LSHTM, presented a range of perspectives on the subject of voluntary sector archives from academics, archivists, funders and owners of records. One of the greatest strengths of this new Campaign lies in bringing together these different stakeholders. As I argued in a letter to Times Higher Education this summer, academic users of archives need to act now to ensure that scholars in the future seeking to understand the social provision and policy of today will have access to the necessary records. Reflecting on the Campaign launch in a piece for History Workshop Online last week Anne Summers also called for historians as well as groups such as the All Party Group on Archives and History to take steps to support archives before it is too late. 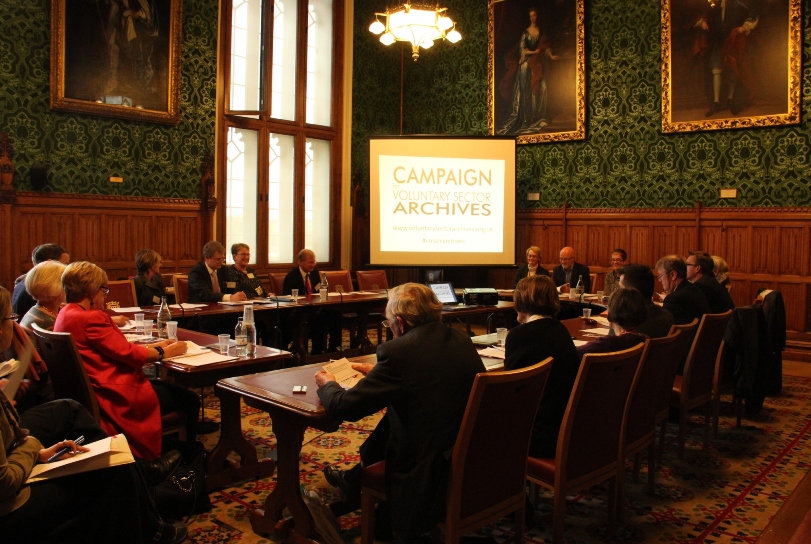 It was fitting then that Professor Matthew Hilton should open the seminar with a presentation of the work of his DANGO project at the University of Birmingham. Hilton argued that what was essentially an academic project had made a wider impact through activities such as facilitating the transfer of the records of Save the Children to the University of Birmingham. He argued that researchers ought to work more closely with voluntary organisations because archival research was one way to identify the past successes and failures of NGOs and begin to address criticisms of history repeating itself within the humanitarian relief sector.

Next, David McCullough outlined the reasons why a predominantly service delivery charity like WRVS might choose to spend around £50,000 a year on maintaining an in-house archive service. The WRVS archive is seen as a ‘business tool’ and has been used to add colour to a fundraising bid, to distinguish WRVS from other charities, to demonstrate long-term commitment to  communities and as part of celebrations for the organisation’s upcoming 75th anniversary. McCullough argued that the archive had significance for wider society: in 2010 part of the collection – the WVS and WRVS narrative reports – were awarded UK Memory of the world status by UNESCO and are considered to be of outstanding importance and value to the UK.

Judy Burg described some of the practical considerations for voluntary sector organisations choosing to deposit records with a specialist collection like Hull History Centre.  She noted that having acquired a charity’s records, the repository would be more inclined to acquire similar relevant material, thereby allowing researchers to understand voluntary organisations in wider social and political context. 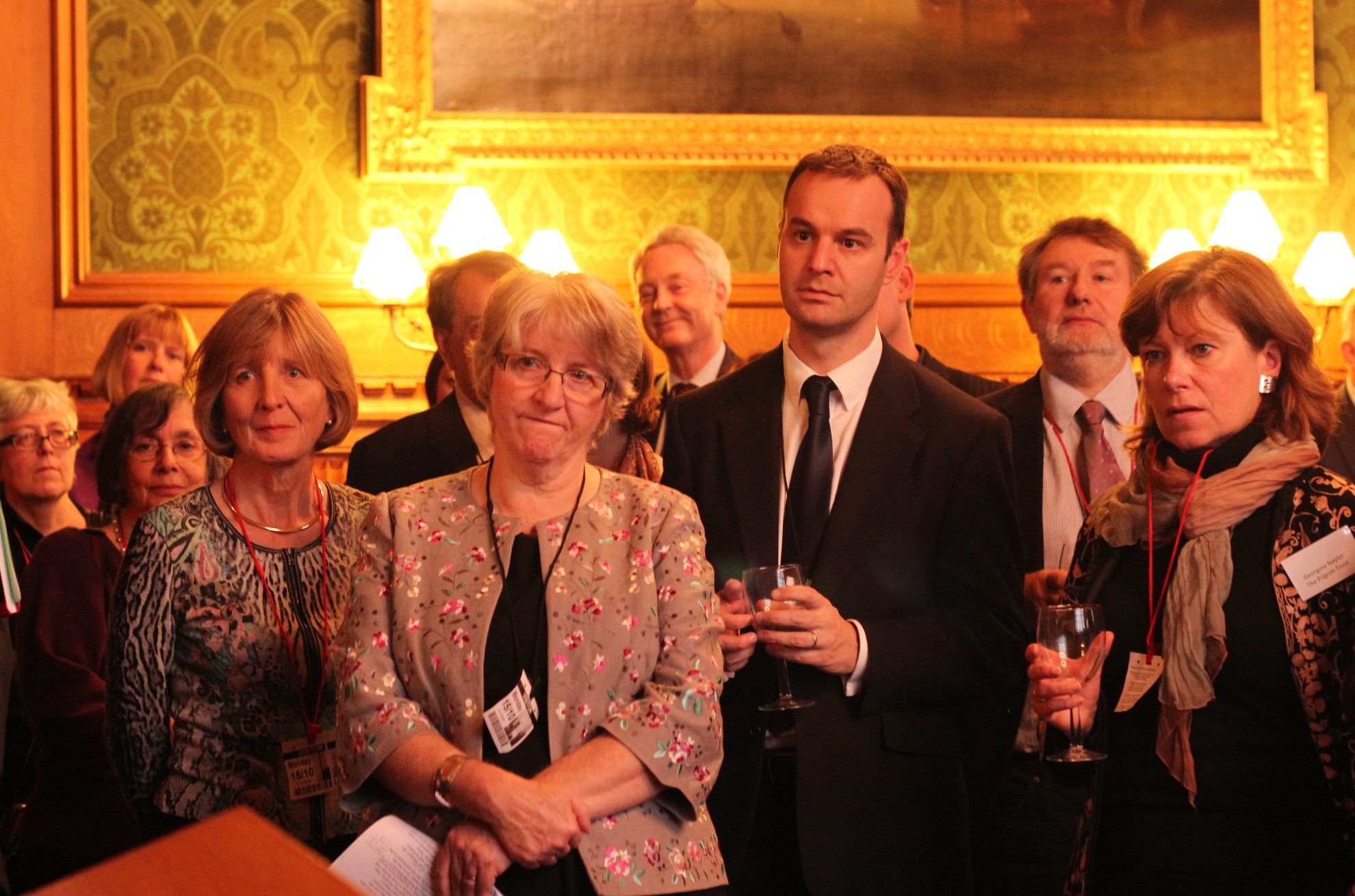 The second afternoon panel focussed on trusts and foundations. Diana Leat argued that trusts and foundations should both treasure their own archives and support other organisations to do so. She pointed out that archive materials could enable a much richer story of an organisation to be told. Drawing on examples from the Rockefeller Archive Centre in New York, Leat suggested that not only could an archive explain what a voluntary organisation did in the past, it explains what it didn’t do and why.

Chief Executive of Heritage Lottery Fund Carole Souter noted that last year HLF had funded more archives projects than ever before and encouraged charities to apply for funds to make their collections publicly accessible. She further noted that a first step towards establishing a charity archive is to ensure good records management.  Finally, Anna Southall presented a case study of how the Barrow Cadbury Trust has recently appointed a professional archivist to sort and catalogue the records it has stored with Birmingham Archives and Heritage service, illustrating a possible middle way between the in-house and deposit models. 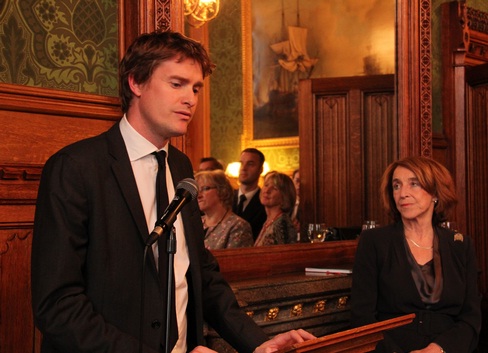 In the evening guests listened to an entertaining talk from Tristram Hunt MP about the value of voluntary sector archives to society and heard from NFWI Chair Ruth Bond about the archive collections of the Women’s Institutes, held across the UK in local record offices and in some federation offices. As she repeated in her blog last week the ‘main message always has to be:  a) take a record b) keep that record c) know where that record is kept’. Finally, Oliver Morley, CEO of the National Archives, pledged his support for the Campaign. Over the past year TNA has made a commitment to preparing specialist guidance and case studies for the sector.

Much work now lies ahead for the Campaign. Even what seem to be long-established and well-funded archival collections remain vulnerable as the recent cases of Ruskin College and the Women’s Library have shown. What chance then for a small, local charity facing funding cuts? The Campaign supports a ‘mixed economy’ of voluntary sector archives – believing that maintaining an in-house archive service suits some charities whereas for others deposit in local record office or specialist collection is the better option. We plan to produce relevant guidance, seek out examples of good and bad practice, influence regulatory bodies such as the Charity Commission and raise questions about access and use of such archives. As one of the key issues remains sustainable funding for records management and archiving, we also hope to develop the ‘enabling role’ of funders in this area.

We are actively seeking to involve a wider range of stakeholders in the Campaign. Please visit www.voluntarysectorarchives.org.uk to find out more. You can see a full set of photos from the launch here.

2 Responses to Launching the Campaign for Voluntary Sector Archives