Easter is an apt time to consider the women of Victorian Britain who used their religious world view to enter the field of charity. For example, from 1830, 80 Catholic women’s congregations, mostly from France, Belgium and Ireland, made foundations in England and Wales. They made a small but significant contribution to the development of healthcare in Britain, yet have been largely forgotten. What was the impact of their charitable work and why, we might ask, has it not been remembered in the same way as much other medical charity in our history? 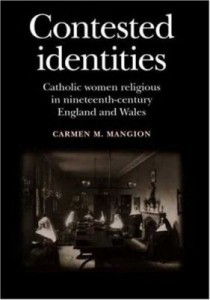 Anglican and Catholic women found an outlet for their faith and energies in religious institutes in the nineteenth century, taking the vows of poverty, chastity and obedience and more often than not entering the world of voluntary action.  The communitarian life-styles they participated in were not looked upon by the vast majority of the Victorian public with great enthusiasm. Women-managed institutions were considered breeding grounds for all sorts of authoritarian women without, so the anti-nun vitriol noted, the guidance of male family members, fathers and husbands.  In addition, these women were not were not traveling the hallowed path of motherhood.  Victorian Britain gave few women opportunities to follow both personal and professional goals – but religious life had a special characteristic in that it that allowed women, both Catholic and Protestant, unprecedented prospects to escape the typical patriarchal norms of society and manage as well as work in charitable ventures oftentimes without the need for men to manage or oversee the institutions. Yes, clergy and bishops often needed to approve such undertakings, but day-to-day operations and management were often in women’s hands.

So the special places for women in philanthropic and religious worlds have been recognised as important Victorian phenomena, but their place in the hospital, beyond nursing, has rarely been acknowledged. This is perhaps because much of their efforts were channelled into specialist hospitals. The Victorian growth of which has largely been explained as providing ‘fame and fortune’ to medical men, pioneering cutting-edge research and treatment in emerging specialisms. This is a sharp contrast to the religious hospitals, with their focus on ‘care’ over ‘cure’. So what of our Catholic women’s congregations?

Most contributed to the infrastructure of educational institutions; almost all of them provided some sort of health care service, often in the form of home visiting where they provided food, clothing and basic medical care while instructing Catholics in their religious duties. They operated 29 medical institutions in the nineteenth century, including: 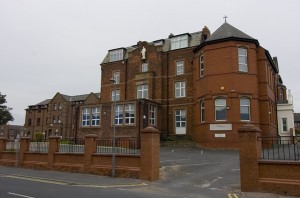 The nine institutions that cared for those suffering from chronic or incurable diseases and the dying are of particular importance. They varied hugely, including in size (between 12 and 110 beds in 1914). Only one, St Joseph’s Hospice for the Dying in Hackney, specialised in the medical care of the dying – although even here some patients left ‘cured’.  Some inmates remained in these hospitals for their lifetime, others returned home after months or years of medical care.  Most catered to women and children, although three also admitted men.  All had honorary medical staff that attended to patients.  The nursing staff comprised mostly religious sisters, although many institutions included paid staff that did nursing or domestic work in the hospitals.  In the 1850s, most sister-nurses were trained informally, with experienced sister-nurses training the inexperienced or doctors giving lectures on the wards.  But, by the early twentieth century, many, like the Hospital of St John and St Elizabeth, touted their certificated nurses and dispensers. And all, like most voluntary hospitals, were reliant on a mix of subscriptions and bazaars as well as the generosity of benefactors.  The quest for larger premises meant unending pleas for funds.

What differentiated these Catholic institutions was that they were developed for explicitly religious and humanitarian purposes. They were never intended to improve the status of medical professionals or create a national or international reputation for medical care or become leading centres of medical treatment.  Many of their organisers publicised their up-to-date medical facilities as well as the holistic nature of nursing care, but this was meant to show an integrated approach to the needs of the body and the soul.  Their efforts focused not only on those marginalised by poverty, but also on those marginalised by a voluntary hospital system that was constantly chasing funding, cures and ‘interesting’ patients.  For many voluntary hospitals, providing utility to demanding subscribers meant avoiding care for the chronically sick, the incurable and the dying, as these were bodies that could not be easily or quickly cured. What the religious mission of the Catholic hospitals could offer instead was essentially palliative care – medically as well as physically comforting the incurable patient and possibly slowing the progress or severity of the disease was important. Though palliative care is a relatively new specialist field, its leading lights, including Cicely Saunders, were aware of the earlier work of the sisters and other religious groups whose spiritual and philanthropic energies led them to the marginalised and less ‘useful’ members of society.

Though these institutions remained relative unpublicised, and met the needs of relatively small patient communities often in their local environment, their modest beginning were influential in the development of palliative care and influenced the wider health care model. Perhaps instead of asking why women religious could not keep up with ‘the well established hospital system’, we should be looking at the health care institutions they created.  The health care institutions they built and managed filled an unmet need that was somewhere in between the medicalised space of the voluntary hospital and the stigmatized space of the workhouse infirmary. Their focus on ‘care’ may not fit with a narrative built around the rise of modern medicine, but there was an important social value to the work of these communities of women. And that is something we should remember when writing the history of medicine and charity.