The Settlement Movement since 1918

VAHS Seminar, 5 December 2011
‘A movement that moves’: The settlement in Britain after the First World War

The settlement movement, which originated in London in the 1880s and spread across Britain and America in the following decades, has long been considered an important aspect of the history of social policy before the First World War. Many historians have considered the best known settlement, London’s Toynbee Hall, which was founded by Canon Samuel Barnett in Whitechapel in 1884, and which still stands, on Commercial Street, and functions as an important centre of voluntary social action. Other foundations from this period, such as Oxford House in Bethnal Green (also 1884), the Manchester Settlement (1895) and the Bristol University (now Barton Hill) Settlement (1911), are also still in existence, while others, such as the Edinburgh University Settlement, have recently closed. 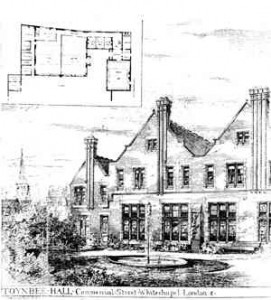 In the late Victorian and Edwardian period, settlements were residential ‘colonies’ of education men, or women, or both, in a deprived area of a city, often associated with an Oxbridge college or other educational institution. Graduates or others with the means to do so would come into residence for a period of time, and engage in community-based activities, including youth work, adult education, social work and the provision of legal advice. Today there are few residential settlements, but the institutions survive as centres of welfare provision and social support. Settlements are interested in their own history: when I presented a paper to the VAHS seminar series at the Institute of Historical Research in December, a number of current and former settlement workers were in the audience. A brief glance at some settlements’ websites demonstrates the depth of this interest, for example that of the Barton Hill Settlement.

Historians of voluntary action, while quick to acknowledge the influence of the settlements before 1914 – William Beveridge and Clement Attlee, to name just two pioneers of the welfare state, were residents at Toynbee Hall in this period – have mostly downplayed their significance during the interwar and postwar periods. In his recent book Squires in the Slums, Nigel Scotland has examined the settlement movement in London before the First World War, and has suggested that after 1914 the movement contributed little to social policy and welfare debates. Even by 1900, he argues, ‘there were already signs that the initial energy and enthusiasm was beginning to wane’. This approach to the history of philanthropy reflects a long-standing tendency to emphasise the growth of statutory service provision at the expense of the voluntary sector: as the welfare state expanded, voluntary action was ‘crowded out’. 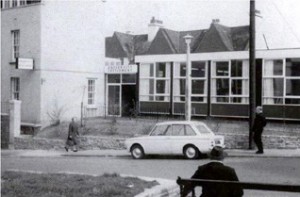 Most historians today would reject this emphasis. Voluntary action was never eclipsed by statutory welfare provision, and indeed often evolved in connection with it, with the emergence of welfare partnerships. Such partnerships existed during the interwar period, and were described in Elizabeth Macadam’s important book, The New Philanthropy, published in 1934. This book recognised the importance of settlements and many other organisations in welfare delivery at a local level. This was recognised at the settlements themselves. The warden of Toynbee Hall, James Mallon, remarked in 1935 that, since the First World War, ‘the Settlement has had the most vigorous years of its life’. International conferences of settlements, held in 1922, 1926 and 1929 indicate that the ‘movement’, as it was usually called, flourished in many parts of the world.

The most sustained treatment of the history of settlements in Britain after the First World War is Kate Bradley’s book, Poverty, Philanthropy and the State, published in 2009. Bradley focuses on London, and there remains considerable scope for further research on the provincial dimensions of the settlement movement. Despite the existence of many excellent local studies, we know little of the settlement movement in the north of England or Scotland, and about the important role that educational settlements played in promoting adult learning, during the interwar period in particular – although my own work in the history of education has begun to address this question. 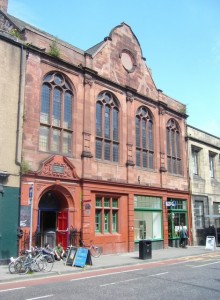 Of particular interest to me has been the relationship between local settlements and the national bodies that have emerged to guide the ‘movement’. Two institutions were created after the First World War: the Federation of Residential Settlements (FRS) and the Educational Settlements Association (ESA). Both are still in existence: the FRS became the British Association of Settlements and Social Action Centres, which is now the less cumbersomely named Locality, formed in 2011 after merging with the Development Trusts Association. The ESA is now the Educational Centres Association, a practice-based organisation focusing on the needs of adult learners and educators. My paper on the relationship between the two organisations during the interwar period, and on the often difficult relationship between each organisation and its members, is available as a podcast.

There remains, however, considerable scope for examining the history of voluntary action through the lens of the settlement movement. Many settlements have their own archives, and the FRS records can be consulted at the University of Birmingham. The ESA archives, of which I have made considerable use, are at the Institute of Education, London, and provide insights into the history of many individual institutions as well as the organisation itself. There are also many online resources, which provide an excellent starting point for anyone interested in this topic. Especially useful may be the Encyclopedia of Informal Education, for which I have written an overview of Educational Settlements and various articles on individual settlements and similar institutions. It also features an excellent article on University and Social Settlements and Social Action Centres by Mark K. Smith.

1 Response to The Settlement Movement since 1918