Is the Big Society Collectivism in Disguise?

As Benjamin Disraeli once said, Britain is ‘a very difficult country to move’.  But over the past century it has gradually moved to become a highly centralized state, a trend that all the political parties now say they regret and wish to reverse.  As discussed on this blog before, David Cameron will find measures to do so are likely to prompt disappointment and lead to unexpected consequences.

On the face of it, the big society described by Cameron has much to recommend it.   In so far as it enlivens local communities and reduces the burdensome regulations on charities it will be of social benefit.  Charitable partnerships with local government have advantages in spreading participation and educating the central state about the pressing issues that matter to people on the periphery.  But we should not assume that they will reduce the role of government or encourage volunteering or voluntary donations.  What we may be undergoing is a further stage in the perfection of the state monolith under the guise of partnership, a process that one charitable director calls ‘a cultural takeover by stealth’.  Paradoxically, the big society may result in more government rather than less. 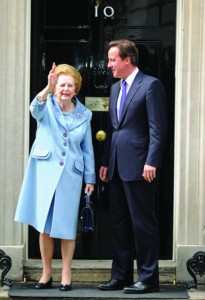 Since the War, both major parties have wished to co-opt rival centres of authority.  In the voluntary sector, they have done so through subsidy and regulation. Margaret Thatcher, for her part, often talked about voluntarism, but under the guise of Victorian liberalism she further centralized and carried forward the very collectivist agenda that she disavowed.  There is a good deal of Mrs Thatcher in Cameron’s vision, though he dare not speak her name for fear of frightening the children and the Liberal Democrats.  Only time will tell whether the Prime Minister’s version of Victorian values will simply lead to greater government intervention and spending, as happened in the past.

For decades, charities have been, as I put it years ago, ‘swimming into the mouth of Leviathan’.  Their steady absorption by the state has blurred the boundaries of charitable and government provision, which has created much of the current confusion over the big society.  Historically, the two had different philosophies and purposes, which led to a productive tension between them.  Such tension is both desirable and invigorating, for one of the roles of a voluntary association, undermined by this merger, is to act as a critic of government policy. As one charitable official admits, ‘no one is rude to his rich uncle’.

Charity should be seen not as the ‘junior partner’ in the welfare state, but as an alternative to statutory or collective provision. The essence of voluntarism is its independence and autonomy. Government provision depends on compulsory taxation; it is not altruistic but materialist in conception. In a benign social democratic state, it is largely about furthering equality. Voluntary provision, on the other hand, cannot be extorted by force; historically, its proponents were driven by individualist motives, though they may also be egalitarian. The myriad charities of the nineteenth century typically grew out of a religious ethos and a liberal polity and were chary of government.

Today, leading charities rush to shelter with the state like creatures in a storm.  Consequently, the balance of power in the voluntary sector has tipped in favour of large, publicly funded institutions, which often act more like lobbyists than charitable campaigns.  The many letters and articles in the press from institutions pleading with the government for further money suggests the nervousness among the 35,000 societies that presently receive state funding.  The 130,000 or so charities that do not receive state support, typically small institutions, rarely have a voice in the media and are largely outside the debate, though they will be influenced by its results.  What is the government planning to do for them, apart from offering them contracts? 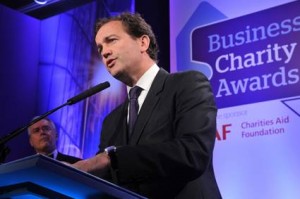 It is telling that the first thing the government did when it said it wanted to ‘roll back the state’ was to expand the ministry that deals with the voluntary sector, in this case the Ministry for Civil Society.  Such a ministry would have seemed a contradiction in terms to a Victorian.  What is Nick Hurd doing as Britain’s Minister for the voluntary sector?  Well, he is spending taxpayer money on more government administration and doling out public funds to co-opted, client charities, which he will regulate and control, if only because of the need for government accountability.  It is worth noting that a much touted £100 million fund will simply encourage charities to compete for government contracts, which is hardly scaling back the state.

What is little recognized is that ‘charities’ in receipt of state funding are hardly independent or voluntary.  Laughably, the more they take the more they proclaim their independence.  As they are brought into the orbit of government, they take on a view of welfare inherited from the state, whose contracts set their agenda.  Once on the payroll of the taxpayer, they have less incentive to raise funds privately.  Indeed, some ‘charitable’ directors are embarrassed to be seen as such, for they think of themselves as employees of government.  The leader of one prominent society told this writer privately that he thought charity ‘demeaning’, yet his institution enjoys the tax benefits that charitable status provides.

Most of the commanding institutions of the voluntary sector see links with government as highly desirable, keeping them in the mainstream of national policy while easing their funding problems. It may seem contradictory, but the charitable establishment has been decidedly collectivist for decades. Charitable officials, who often have a background in government service, do not want to return to a time when voluntary institutions were responsible for essential services. Talk about rolling back the state makes them nervous.  They are content to take state funding and serve as welfare providers in a devolved form of collectivism.  Many of them have simply run out of good campaigning ideas; otherwise they would be able to raise money elsewhere.

In the 1980s, about 10% of overall charitable revenue came from government; today the figure is approaching 50%, while individual contributions are in decline.  We may be reaching a tipping point, when individuals will assume that charities are essentially government agencies paid for by taxation and consequently no longer feel the need to contribute as individuals – a problem universities have had for decades. From the point of view of the charities, those that work closely with local and central government are more likely to shape their priorities to suit available grants, to create their own bureaucracies, to distance charitable campaigners from beneficiaries, and to play down religion, which has been the taproot of charity in the past. 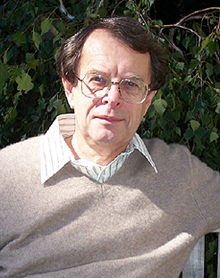 Presumably, the big society is not simply about the delivery of social services, but about civic democracy and personal contribution. It is a call for scaling back government in favour of greater self-determination, self help, and welfare pluralism. This is what the government says it wants. But if our politicians really believed in such principles they would dramatically increase the tax incentives to giving and further reduce the unnecessary regulations on those local institutions that receive no state assistance and which are the backbone of civic life.  There has been little sign of this to date, for it would reduce government revenue and control.

The charitable establishment seems to be content with further government intervention, seeking only to extract ever-greater sums from the taxpayer.  Cameron’s commitment to provide government contracts worth billions to charities and social enterprises suits their purposes.  But if voluntary institutions cherish their independence they need to be saved from themselves, and the government would be doing them a favour if it reduced the subsidies and removed the charitable status of institutions that receive the bulk of their revenue from government.

Much charity works within classes rather than between them.  Why not use some of the money to award prizes without strings attached to innovative institutions in working-class and ethnic communities?  Arguably, invigorating the rich tradition of working-class and ethnic philanthropy is the best hope of the big society.  But such charity is largely outside the purview of central government.  Nor is it of much interest to the media, which is largely insensitive to the charitable grass roots and continues to equate philanthropy with social hierarchy.  This is not the way it is viewed on the housing estates and in ethnic communities, where charity, both formal and informal, is a way of life.

In ‘a very difficult country to move’, the big society does not foreshadow the end of the welfare state as the naysayers predict. It looks set to reshape it in the guise of devolution.  But it would be ironic if it simply led to more government responsibility, however devolved, and not to the greater personal responsibility that all the political parties say they desire.  A debate about the respective boundaries of charity and the state, between the ‘virtue’ of charity and the ‘right’ to welfare, is urgently needed.

This is an amended version of a talk given at a conference on the ‘Big Society’ at Christ Church College, Oxford, in February 2011.

2 Responses to Is the Big Society Collectivism in Disguise?