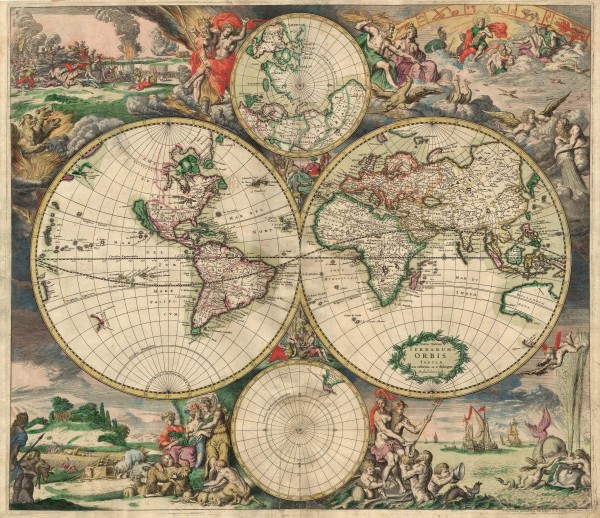 In 1989 Francis Fukuyama declared the ‘end of history’ was underway. The fall of the Berlin Wall had marked the end of the fundamental clash of ideas that had defined modern history. Liberal democracy (or globalised capitalism to its critics) had won the war, which meant the end of the nation state being able to choose a different path and, by extension, the end of history itself. As British troops enter their eleventh year in Afghanistan, things look rather different.

However, one thing that still rings true is that we live in a globalised age – although, of course, there are many remaining divisions. The Berlin Wall may have fallen, but we have a new wall separating Israel from Palestine and there are still 49 walls separating Catholics from Protestants in Belfast. However, those boundaries are notably porous in an age of facebook revolutions, where protests are tweeted as well as fought on the streets of countries around the world.

The flow of information has been globalised and the availability of that information has personalised a globalised culture. Consequently, it is harder than ever to see our own story, personal or national, in a vacuum from what happens elsewhere. This has led to a growth in new approaches to researching and writing history. Comparative histories have considered parallel national or local narratives. International histories have looked at events crossing national borders. Meanwhile global histories have sought to frame events and developments at the broadest possible level.

One of the more recent trends has been transnational history. Emerging from American scholarship during the 1990s, it has become one of the fastest growing ‘new’ areas of historical enquiry that has taken historical fraternities by storm. There is now a distinct and growing body of scholarship that provides us with new ways of examining what Sven Beckert described as ‘the interconnectedness of human history’ – the origin and evolution of political, cultural, economic, social, and intellectual beliefs, and institutions within and across nation states, hemispheres and borders. Transnational history is a lens through which we allow ourselves to examine the broad flow and circulation of movements and ideals as well as chart the biographies of individuals and societies through a range of historical formats and theoretical paradigms.

One area of historical inquiry where we could really benefit from this wider lens to provide a new ‘ways of seeing’ is the history of voluntary action. Some studies such as those focussing on mission history or international NGOs have necessarily focused on cross-border events, with influential ideas of networks and imperial encounters, and could be termed transnational. However, there are many other ways to develop a transnational perspective, not only by including a comparative dimension, but also by focusing on the transnational connections between peoples and movements.

This could be most productive through transnational studies that include Britain and the white settler societies of the former British Empire in Africa, the United States, the West Indies, and the Anglophone world; as well as connections between continents and hemispheres. In this way, the story of international humanitarianism, for example, too often told entirely separately from the story of domestic charity, could be examined in a new and exciting way, through transnational connections, themes and methodologies.

As announced recently, we are seeking to move this idea forward by the establishment of a new Transnational Histories Network that will build on previous VAHS activities. Our conferences have always been well-attended by international participants and there have been some notable collaborations. One was the 2008 symposium and now edited volume to mark the 60th anniversary of Beveridge’s Voluntary Action report, encompassing not only William Beveridge and his influence in Britain, but also that in the wider British world. Another, independent of the VAHS, was the 2011 workshop on Almshouses in Europe, held in the Dutch city of Haarlem.

Dr George Campbell Gosling addressing a conference in Texas in 2010

Back in the autumn we put out a call for expressions of interest for the establishment of a new network for researchers working in this field. Some of the responses we received reflected our existing ties, such as those from Australia and New Zealand. However others, including those from Sweden, Iceland, France and the USA, signal that we are reaching out to new partners in new parts of the world. Already we can see a range of possibilities and synergies between new members and their research interests. Three in particular have already emerged.

One, the transnational movement of ideas and institutions through voluntary organisational histories and individuals with international groups such as the Red Cross and Girl Guides, is really exciting. So, too, is the role of voluntary action during war and conflict as well as the evolution of internationalism and NGOs in a transnational context. Another strong theme is the transnational flow of ideas about the place of voluntary provision and civil society in the development of welfare states around the world.

So, how could a new network support this emergent research field? Simply by existing we hope to bring together researchers – from various parts of the world, different disciplines and all stages of their careers – to share information and offer advice on transnational research (as has already happened with the authors here). The VAHS can offer a platform for some more formal exploration of these themes, whether as a strand at our next international research conference in 2013, as part of our podcasted London seminar series or as the focus of one of our New Researcher workshops. There are also possibilities for finding new partners for this venture. Palgrave Macmillan has an excellent ‘transnational history’ book series and we are looking into the Leverhulme Trust’s funding scheme for international networks.

Funding new projects is far from easy in the current economic climate. Where we can fund larger events and collaborations there is plenty we can do, but our advantage is that there is also much for us to gain simply from talking to each other. We hope to make this global conversation a core element of the VAHS’s activities in 2012.