What is an archive?

What is an archive? I’m sure when many of us begin our research on a project we scout out potential sources of information. When working in the history of small organisations, however, those potential sources become difficult to find. The reasons behind this have been discussed before on this blog. Dr Georgina Brewis has written about the troubles of maintaining voluntary sector archives in an age of austerity. Meanwhile, Tosh Warwick has suggested using business archives to get around the difficulty this creates for historians.

The University of Birmingham’s DANGO project has an invaluable resource for historians of voluntary action. Its database provides a list of prominent (and not so prominent) groups along with details of any archival holdings they might have.

The problem is that archiving is a time- and money-consuming process. It requires resources that many groups simply don’t have. When working with a skeleton staff and trying to achieve your political and social goals on a tiny budget – well, archiving is the least of your worries. And sadly for many historians, a lot of these organisations have succumbed to such pressures. They no longer exist, often taking vast amounts of information to their metaphorical graves.

Part of my research involves the work of voluntary organisations fighting for the rights of disabled people. I am currently working with the “archive” of one such group. I will not name them here (that would not be entirely fair), but I am indebted to them for their help so far. Those of you who read my PhD thesis will probably be able to guess who it is when you read the acknowledgements!

I initially made contact with them about six months into my research enquiring about which archival holdings they possessed. They were helpful, informing me that they held the records of their organisation stretching back almost a century. However, if I were to gain access they would need to OK it with the management committee. 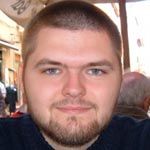 A few months passed and eventually I received a response. I could come to their offices and take a look at their material. I was excited. This would form a key part of my research – a window into the workings of an organisation. When I got there, I was no less excited – but a little more bemused.

The staff were very warm and welcoming. After telling me about the fire regulations, I was allotted a small room in the corner of the office where I could work relatively unhindered. Then they showed me the “archive”.

Essentially it was the “old stuff still hanging around the office”. Some of it was old, bound annual reports. Other parts were newsletters, tucked in file boxes in roughly chronological order. There were CD-ROMs, VHS tapes, DVDs, and even, I saw, 5.25” diskettes. They gave me virtually unlimited access to anything that wasn’t currently in use, spanning (I estimated) around eighty years of their very rich history.

The point is, however, that normal archival rules did not apply. Aside from being able to use a pen rather than a pencil and not being forced to carry my life around in a clear plastic bag, everything was in a rather haphazard order. Older materials were scattered across multiple rooms, vying for shelf space with more recent publications and research material.

I managed to find things I never knew existed, and never would know existed. It is on no electronic catalogue, no card index. And it is the tip of the iceberg in terms of the enormous amounts of data which have been produced and continue to be produced by a fully functioning voluntary organisation. It was amazing to see some books on my bibliography still in regular use on their bookshelves – a continuity with the past brought into sharp relief.

Some of their material – the REALLY old stuff, as well as their organisational and management documents – is currently in storage in a warehouse outside London. I hope to look through some of this in a more traditional setting (sifting through ordered files with numbers while sat at a desk in a building in the middle of nowhere). But I don’t think anything will be as exciting – or rewarding – as being in the middle of a working office feeling like the first explorer into an archive that I don’t think even the organisation’s staff fully appreciated existed.

The organisation has no true “archivist” – nobody has professionally selected, catalogued, stored and researched the material to be put in a formal repository. Yet that does not mean that the archive is not there. DANGO shows the tip of an enormous iceberg when it comes to voluntary action history. You would do well to search its files before setting off on your historical journey.

This entry was posted in Archives, Gareth Millward, New Researchers and tagged disability. Bookmark the permalink.

1 Response to What is an archive?