The ‘Big Society’ and the Challenges of History

The ‘Big Society’ was supposed to be one of the Conservatives’ most important new ideas. Their 2010 General Election Manifesto was entitled Your Invitation to Join the Government of Britain, a little blue book which promised that the ‘Big Society is about putting more power in people’s hands – a massive transfer of power from Whitehall to local communities’. Jesse Norman, now Conservative MP for Hereford and South Herefordshire, promised in his 2010 book, The Big Society, that the idea would involve nothing less than a commitment ‘to rebuild our economy and revive our society’ (p. 231). 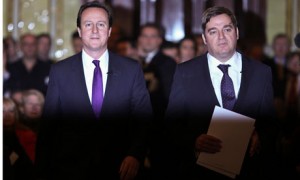 David Cameron with Phillip Blond at the launch of ResPublica. Photograph: Steve Back www.politicalpictures.co.uk

But eighteen months on from the Conservatives forming a government with their Liberal Democrat allies, all is clearly not well with this model. ‘Replacing the Big Society with a streetwise description of compassionate conservatism’ is suggested by the influential founder of ConservativeHome, Tim Montgomerie. Some ministers, such as Francis Maude, have begun to distance themselves from the ‘Big Society’ as quickly as the Chancellor is jettisoning the coalition’s commitment to be the ‘greenest government in history’.

Phillip Blond, author of Red Tory and something of a guru of the ‘Big Society’, has become deeply unhappy with whole project, complaining that the Government is ‘losing its positive narrative’:

“We know the Big Society narrative was very badly communicated … it was insufficiently thought through, and… people now think of it as just volunteering and philanthropy, which is a disaster.”

One major problem, as George Campbell Gosling has noted on this blog, is that fewer and fewer citizens have wished to participate in public policy-making or indeed delivery. The membership of political parties has continuously drifted downwards since its 1950s heyday, when it was a key part of Britain’s associational culture, as historian Lawrence Black has demonstrated .

There is, to be sure, nothing inevitable about that process. ‘New’ Labour under Tony Blair was able to boost its membership in the mid- to late-1990s, and the Labour Party’s membership has grown by tens of thousands since the inception of the coalition government in May 2010. But in general it seems as if the public simply do not want to take part in state provision. That is what they elect politicians for; that is what their taxes pay doctors, nurses, teachers and policemen for.

Electors trust these professional groups, by and large, and increasingly distrust their political leaders: both trends that have, since the 1970s, paradoxically made them more likely to demand high performance results from the money that they pay into the state bureaucracy (Seldon 2009, table 0.1, xiv). This sense of outrage at paying twice – in terms of both cash and time – was played on extremely skilfully by Labour in its 2010 Party Election Broadcasts, and helps to explain why that party was able to turn a potential rout into a managed retreat. 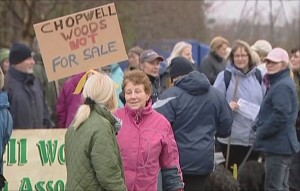 In truth, these are long-established trends that are unlikely to go away – developments with which historians are extremely familiar, and which they should bring to the attention of policymakers at every opportunity. Our directly party political culture has long been fraying, replaced by an increasingly specific, local or directly relevant sense of belonging.

This helps to explain phenomena as apparently disparate and unrelated as the rise of ‘conservation’ bodies such as the National Trust, the Woodland Trust or the Royal Society for the Protection of Birds; the renaissance of farmers’ and fishermen’s markets and consumers’ insistence on local food and drink; and a growing sense of regional and national identity, not only among the Welsh and Scots, but also among the Cornish and the peoples of North-Eastern and North-Western England. The present government has already clashed with many of these groups, to its cost when it had to retreat from the privatisation of the Forestry Commission.

Ministers could and should have realised the wider significance of this struggle. The amenities that will be nurtured and defended by elements of what we might call the ‘Big Society’ will be those that appear to be at the service of everyone. This is just the function that the Coastal Anti-Pollution League and Surfers Against Sewage performed on behalf of the maritime environment between the 1960s and the 1990s. The conservative and conservationist nature of these groups might also have made more of an impression.

It might have been thought at first glance that these increasingly-powerful pressure groups and campaigns would assist with the creation of a culture of voluntary work and giving. But understanding the roots and attributes of Britain’s real ‘Big Society’ should in fact warn us off thinking that its members want to get involved in creating new social forms, rather than defending old ones – or that they would want a role in sensitive, controversial and highly complex choices and trade-offs.

Nor is it likely that most Britons will welcome the rebirth of a kind of pre-statist ‘patchwork quilt’, in which services vary from one area to another given different levels of commitment among the populace. This fact was indeed one of the key reasons that the Labour Party was able to outperform the Liberals in the inter-war era, and become Britain’s pre-eminent party on the Left. Just one example might suffice. Liberals often advocated local, gradual, piecemeal and ‘practical’ reforms, for instance the creation of local land banks and smallholding movements, as a panacea for the ills of a highly-organised urban society (see Packer 2001, pp. 38-45). 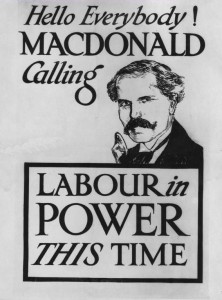 Labour’s more ‘planned’, general and systematic proposals – for instance, land and land rights nationalisation – won out partly because they seemed to cover the whole country, prevent perverse outcomes from one county to another, and to offer the same ‘rights’ to all citizens (see Griffiths 2007, pp. 230-2). One could give innumerable instances of this effect in most policy fields. There is little reason to doubt that the effect remains today: witness the furore over NHS ‘postcode lotteries’ and the like.

Some parts of the Government will undoubtedly continue to insist that they are building some form of ‘Big Society’, as a counterpoint to the retreat of the welfare state and the managed economy. But it is far, far less likely that they can turn back time, and deep-seated historical change, to remake British society and the British polity. Fighting the decline of a specifically political culture, truly small ‘c’ conservative and conservationist grassroots movements, public cynicism, and an increasingly national (and international), rationalising, modernising and homogeneous set of public policy discourses – all at once – will just be too much.

With hindsight, politicians’ major error was to give the impression that this was a government programme, backed by ministers and civil servants when any administration is inevitably going to endure periods of unpopularity. Particularly misguided was the manner in which the concept was allowed to be linked – even if only in citizens’ minds – to the deficit reduction programme that will radically shrink the size of the state, including charities and voluntary groups that have come to depend on state funding to continue their ever-expanding local work.

What that seems to mean to most voters is that, while high-earning 50 per cent taxpayers escape the burden of the Great Recession via paying only Corporation rather than Income Tax, ordinary voters will have to take up the slack left by just those economic elites working in the banking sector. As Blond puts it, Ed Miliband’s attacks on a ‘something for nothing culture’ mean that ‘red tanks are parking on the blue Big Society lawn’. An increasingly restive electorate, which has been becoming more sceptical and more disengaged for many decades, has shrugged in response.

It is an outcome any economic, social or political historians might well have predicted. This represents a tragedy given the emerging consensus that a mixed economy of third sector providers might do better than the state has always managed. Good incremental ideas – for instance, setting minimum standards that all charities and co-operatives can meet when bidding for governments contracts – have been swallowed by an ahistorical slogan. It is to be hoped that some of the concepts behind the ‘Big Society’ do not suffer from years to come due to neglect of the years that have passed.

1 Response to The ‘Big Society’ and the Challenges of History