The Compact: We’ve lost it!

Reaction to the publication, in April, of the summative evaluation of the Compact we conducted with Bill Rushbrooke was, to say the least, mixed. On the one hand, those described by Jeremy Kendall as ‘Compact enthusiasts’ vociferously attacked our conclusion that it was ‘in danger of being ignored to death’. On the other hand, those who felt that the whole enterprise was misconceived seized the opportunity to denounce the Compact as ineffective and toothless. Our report – Use it or Lose it – took a more agnostic view as we sought to understand why a policy initiative which was launched with such high hopes and which has survived for 13 years – an unconscionable length of time for a modern-day government policy – appeared to have achieved so little. 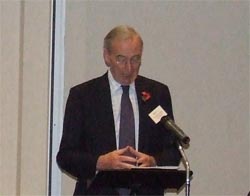 The Compact takes the form of an agreement between government and the voluntary and community sector published in 1998 which was intended to change the nature of the relationship between the two parties and establish a set of ‘rules of engagement’ through which they could interact. It had its origins in a recommendation from the Independent Commission on the Future of the Voluntary Sector chaired by Professor Nicholas Deakin which became a commitment on the part of the incoming New Labour Government in 1997. By any standards, it was an innovative and ambitious statement of policy which was intended to usher in a ‘new approach to partnership …. based on shared values and mutual respect’.

Since 1998, both government and the voluntary and community sector have committed political, reputational and moral capital and considerable resources to the task of implementing the Compact. Despite this investment and a widespread view that the Compact was a ‘good thing’ it has reached a low ebb and its future is bleak – in our view, it is a dead duck.

One important explanation for this gap between aspiration and achievement can be found in the way in which the policy was implemented. We identified five areas where the ‘architecture of implementation’ proved inadequate.

Firstly, political leadership at ministerial level was weak and inconsistent. There have been eleven different ministers with responsibility for the sector since 1998. They were mainly of junior rank – either ‘on the way up’ or ‘on the way out’. They tended to have a wide range of responsibilities of which the Compact was just one. And their terms of office were too short for them to make a difference.

Secondly, the support ministers received from the unit within government responsible for the Compact (successively, the Voluntary and Community Unit; the Active Community Unit; the Office of the Third Sector; and the Office for Civil Society) was limited. The unit changed its head even more frequently than its name. It was chronically under-resourced and over-stretched and curiously lukewarm about the Compact.

Thirdly, the equivalent body on the voluntary and community sector side of the relationship – successively the Working Group on Government Relations; the Compact Working Group; and Compact Voice – also lacked resources. The Working Group only employed its first member of staff six months after the Compact was signed, and the current body – Compact Voice – manages on a government grant of £350,000 a year. There are also important concerns about the legitimacy of its claim to be the ‘voice of the voluntary sector’.

In 1998 Sir Kenneth Stowe was clear that ‘there is in England … no single body that in any sense represents the whole of the VCS’ and sought legitimacy for his Working Group by conducting an extensive multi-layered process of consultation. Today Compact Voice, its board controlled by the national ‘infrastructure organisations’ allocated places as of right, has increasingly asserted the claim to speak for the sector without any obvious consultative underpinning (blogging does not count).

Fourthly, when government belatedly identified the need for a Commissioner for the Compact (2006) and a Commission (2007) which would have the responsibility of taking implementation forward and adequate resources for the task, it failed to ensure its permanent and independent status – the duty to report directly to Parliament and powers to make inquiries and demand information about breaches. According to its chief executive, the Commission was independent ‘because we have been instructed to be by the government’. Without the protection afforded by ‘powers’, the Commission quickly fell victim to the Coalition’s ‘cull of the quangos’.

Finally, the mechanisms for liaison and accountability among the three players in implementation, which were never well defined or robust, were neglected to the point of vanishing. The key component was the Compact Annual Meeting at which government and the sector (later the Commission as well) met to review progress and agree the next steps in the implementation process. This has ceased to be a mechanism for joint scrutiny and has become a public relations exercise and an opportunity for networking. The eleventh meeting, which should have taken place in February of this year, has not been scheduled.

These weaknesses were exacerbated by the volatility of the wider political environment in which the Compact operated. The optimistic days of 1997, when policy was seen to be driven by a vision of partnership, gave way to increasingly topdown, target-driven programmes based on prescription rather than trust. In the process, the policy model of partnership with the voluntary and community sector gave way to contracting and commissioning. And a plethora of new initiatives – such as Local Strategic Partnerships – displaced local Compacts as the main or only way of managing the relationship between local authorities and the voluntary sector in their areas.

So, what of the future? The last chance of putting the implementation of the Compact on a satisfactory footing disappeared with the Commission. A number of strands in government policy including cuts in public spending, which are undermining the activities of the sector, particularly infrastructure organisations; the localism agenda, which will transform the institutional arrangements at local government level; and changes to health care and the opening up of service delivery to ‘any willing provider’, which offer opportunities mainly to the largest organisations, will create a completely new environment for the sector. In the circumstances it may be time to lay the Compact to rest and look at the relationship between the state and the sector from a completely new – and more cynically realistic – perspective.

This piece was first published in the ARVAC (Association for Research in the Voluntary and Community Sector) Bulletin, issue 115: July 2011, and is reproduced here with the kind permission of its editor, Dr Jurgen Grotz.

1 Response to The Compact: We’ve lost it!