In last month’s VAHS blog ‘Voluntary sector archives: A hidden casualty of the cuts?’ Georgina Brewis pointed to the threat posed to charity records by financial cuts and more practical considerations of space. While the full impact of the financial and practical difficulties affecting charity archives is yet to be felt, it appears that many records of historical interest available (at least in theory) to earlier researchers of voluntary action may not be at the disposal of future scholars.

At a time when ‘Big Society’ is at the heart of the government’s political rhetoric and stimulates new work amongst historians exploring previous incarnations of voluntary action, an issue discussed by George Campbell Gosling’s blog, researchers will require an ever more resourceful approach when carrying out research. This blog highlights the potential usefulness of locally available business archives to the researchers of voluntary action. 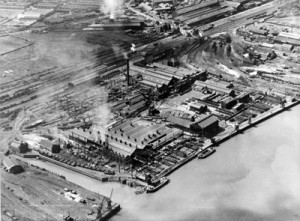 In my own experience, I have found Teesside Archives’ British Steel Collection a fertile resource for exploring the role Middlesbrough’s iron and steel manufacturers played in the wider community through philanthropy. The wide-ranging character of voluntary action, responses to poverty and cyclical trade depression, the role of philanthropic elite networks and the mechanisms involved in decisions to support voluntary movements can all be better understood through scrutiny of the minute books, log books, annual reports and even photographic collections of the various firms.

At a most basic level, the minute books and annual reports provide data on the causes supported by the companies and the amount of money or type of support given to various enterprises. Bodies supported ranged from churches, hospitals, schools and sports clubs to civilising institutions such as the Cleveland Literary and Philosophical Society, Constantine College and Middlesbrough Boys’ Club. The archives reveal examples of partnership between the municipal authority and voluntary associations as seen in support of the town’s Guild of Help and Juvenile Organisations Committee. Moreover, the variety of action taken in response to temporary issues can also be gauged, with war-time donations and subscriptions having included donations to the Zeppelin Raid Compensation Fund in the mining districts and contributions to ‘the fund being raised in London for the relief of the Belgian wounded and sick’. 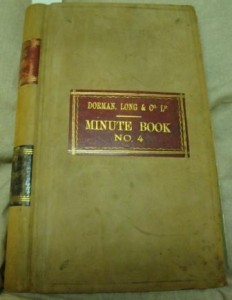 Company minute books also provide an insight into the mechanisms involved in deciding whether to support an appeal, an area inevitably not covered in the surviving minutes of the small local charities involved (of which many of the records are incomplete or lost in their entirety). Minute books detail how individuals or groups made the decision to support a cause, recording instances where it was considered ‘unnecessary to make a grant’ and even providing examples of directors and chairman debating whether to support a voluntary venture organised by their own wives and daughters, as occurred in the case of Sir Hugh Bell and Lady Florence Bell.

Today, as increased emphasis is placed on voluntary financial support of those institutions and organisations serving the community, business records also serve as a warning against an over-reliance on such practices. Just as economic decline has threatened charitable contributions by corporations in recent years, the impact of strife on charitable support by firms in the inter-war manufacturing town can be found amidst the various steel companies’ accounts and directors meeting records. For instance, steel manufacturer Bolckow Vaughan’s decline in the mid 1920s coupled with distress in the locality, which had seen the firm’s £1000 allocated for ‘religious and charitable institutions’ having ‘almost been exhausted’, led to the directors agreeing only to ‘pay the more urgent of the annual donations’. Similarly, the post-crash depression influenced rival firm Dorman Long’s outlook on giving. As the main financial contributors to the Juvenile Organisations Committee and Boys’ Club, the firm wrote to both bodies informing them that ‘subscriptions at their present level must not be counted upon if more general support was not forthcoming’.

Business records have much to offer the researcher of voluntary action in both establishing the extent and nature of community support in previous decades and in providing an insight into the networks and mechanisms at play where ‘charity’ is concerned. Of course such records merely represent a snapshot of philanthropic engagement and are likely to have only limited relevance to those interested in voluntary action beyond the immediate locale. Thus it is vital that both business and charity archives are not sacrificed as a result of the cuts currently faced across public, private and voluntary sectors and instead can be used to complement one another by future generations of historians.