Voluntary sector archives: A hidden casualty of the cuts?

In July 2011 the British Records Association / Charity Archives and Records Management Group (CHARM) had to cancel a training day on charity archives for of lack of registrations. The reported reasons were that charities and archivists are currently so pushed there is virtually no money or time to attend networking events or training days. As the Vice Chair of the British Records Association Julia Sheppard notes, ‘it is ironic really as the day was designed to address some of those issues raised by such problems faced by the charitable sector’.

One of the earliest causes which the Voluntary Action History Society (founded in 1991) took up was the case of charity archives. It conducted a survey of several hundred voluntary organisations and drew up ambitious plans to launch a new voluntary action archive, to be housed at the then University of North London, 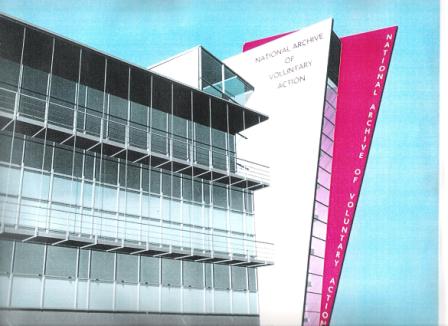 which would take in the papers of organisations unable to look after these for themselves and open access to researchers. At the time, the suggestion met with support and approval from colleagues across the voluntary sector, although ultimately a failed Lottery funding application put an end to the idea. Valuable work was done more recently by the DANGO project at Birmingham University in creating a database of archives of post-1945 NGOs. It is also welcome news that the National Archives is currently preparing some new guidance for small and medium organisations, much of which will be particularly relevant for the third sector. Philip Gale, working on this project at the National Archives, says a key problem is the ‘very diverse network of external archive repositories that makes it difficult for a charity to easily identify an institution that might be interested in receiving their archives.’

I know only too well how financial cuts can threaten the records of even the largest national charities. In 2010/11, faced with large cuts to its strategic partnership funding from the Office of Civil Society, the national infrastructure agency Volunteering England needed to reduce the costs of housing its archives and papers off site. With the shredders menacing, I gained the support of CEO Justin Davis Smith, to start a project to preserve the collection and make it available to researchers. In March 2011 the Volunteering England Collection was transferred to the London School of Economics Archives. This important collection, with papers dating from the Aves Commission of 1966-69, is now housed in ideal archive conditions, preserved for the long term and open to researchers, while Volunteering England retains overall copyright.

All this was achieved at no cost to the charity, apart from expenses for a PhD student volunteer – Anjelica Finnegan from Southampton University – whose hard work in helping to create a rough catalogue of the collection was invaluable. Another casualty of the cuts was the Volunteering England library, collected since the 1970s and containing bequests from leading figures in the history of volunteering including Alec Dickson, founder of volunteering charities VSO and CSV.

Understandably with daily news of public and private sector job losses, devastating cuts to funding for social care and pensions, and the highest youth and graduate unemployment in a generation, the fate of the records and papers of voluntary associations seems the last area of concern. But in the voluntary sector, we forget our history at our peril. Not least, such archives contain valuable stories of the resilience of voluntary organisations in past recessions, their roles in alleviating subsequent poverty and hardship and accounts of the often troubled voluntary sector-government relationship. The Volunteering England Collection, for example, contains important papers of the Drain Commission which drew up guidelines to manage relations between trade unions and volunteers during the industrial disputes of the 1970s.

There is currently strong research interest in the history of voluntary organisations and in volunteering, fundraising, campaigning and activism. The advent of the Big Society concept has encouraged a range of scholars to seek to demonstrate that there has always been a Big Society, even as they have shied away from the idea of letting politicians dictate the terms of the debate, as George Campbell Gosling argued in the last VAHS blog post. Indeed there are several books and articles in press that address the history of the Big Society. Yet I have heard numerous reports of large national voluntary organisations struggling to keep hold of their papers, let alone open or maintain access to these for researchers. What then of the papers of the smaller, local and volunteer-run organisations which make up our diverse voluntary sector? What about the related papers of individuals and movements housed precariously in lofts, basements and garages? Now, more than ever before, is the time for all those involved in using or preserving the papers of voluntary organisations to come together to help ensure their survival.

4 Responses to Voluntary sector archives: A hidden casualty of the cuts?